A Blessed Year for Candy Pangilinan

Nov 15, 2011
One of my favourite comedienne around, Candy Pangilinan opens up the final quarter of 2011 with a series of exciting new projects as headlined by two television series with the fast-rising TV-5 Kapatid network. Candy is currently part of the television adaptation of the classic 1980s teen film Bagets under the direction of Mark Reyes. On Bagets, Candy plays a single mom who has three bi-racial children: a Filipino-Japanese, a Filipino-Korean, and an Afro-Asian. “The role is quite challenging for me since I had to learn a bit of Japanese and Korean plus the verbal inflections and accent of an Afro-Asian as part of my preparation for the character I’m portraying on the series,” explains Candy. 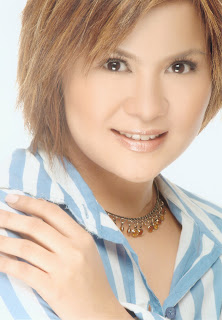 Bagets, which airs on TV-5 Sundays at 3 p.m. after Paparazzi, is Candy’s first television project with the Kapatid network. “I’m thrilled to work with several old friends whom I haven’t seen and worked with for quite some time and I’m also excited to make new friends with TV-5. I’m sure that there are so many wonderful things that I could learn from them and I’m also very eager to share what I know especially with the young people whom I am working with on Bagets.”
Candy is also set to appear on the upcoming television adaptation of another 80s classic film, P.S. I Love You.  “I feel very blessed and at the same time very grateful for the trust that TV-5 gave me. On P.S. I Love You, I play the best friend of Dina Bonnevie and since a ‘best friend’ is a typical role that I have played for so many years, I am challenged to give my role on P.S. I Love You a fresh and different twist that sets it apart from the other ‘best friend’ roles that I have portrayed in the past both in film and on TV.”  A veteran actress whose career spans for over two decades, Candy has appeared on numerous television series and blockbuster films as part of the ensemble cast. With the many roles that she has played both in film and on TV, Candy openly admits that she is still aspiring for roles that will further challenge her as an actress.
“I guess I could say that a character who has a dual personality is a role that I am looking forward to portray in a future project. I am also very interested to explore roles that are both complex and inspiring at the same time. I am fascinated by the duality of life. I also would like to play a gay character in the future. As in a gay man! That would be both a blast and a major challenge for me.” As a versatile stand-up comedian who traces her artistic roots as a theater actress way back in the late 80s at the University of the Philippines, Candy was last seen live on stage at the Music Museum two years ago in her hit show Candy’s Be Love. Currently, Candy is cooking-up a major live comedy show which she considers as an exhilarating artistic endeavour that she truly misses doing.
“I love the adrenaline rush of doing live comedy! And I love interacting with my audience. I love the spontaneity of live comedy shows. The audiences’ reaction with the material and punch lines I deliver on stage fuels me to give my all on stage. And in my live shows, I feel so free and uninhibited.” Candy also recently re-united with her musical roots as she started to brush-up on her guitar playing skills, which she considers as a potential plus-factor in her live comedy shows. “I am working on new materials for the comedy show that I am planning with my team. I hope I can use my guitar lessons to good use in my live shows.” Known for her sharp wit and impeccable comedic timing, as seen in her live stage performances and corporate shows, 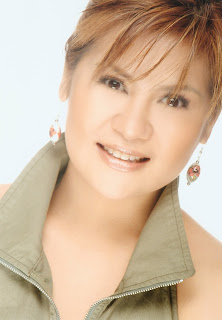 Candy openly admits that she loves to do impromptu dialogs on her shows but she makes sure that her adlibs are balanced out by her faithfulness to her script. “I love adlibbing on TV and in film only if the director approves my improves and if they help in making a scene better and if they allow my co-actors to shine. In my live shows, I’m usually alone on stage and that makes me freer to be more spontaneous in my act and in my interaction with the audience.” In between tapings, corporate shows, and planning for her next stand-up gig

Candy can’t help but to feel grateful for the continuous, sweet blessings that she’s enjoying both in her career and personal life. “I am more at peace with myself right now and I have never been closer with my family and my son. I’m just so happy for the new and challenging opportunity TV-5 gave me and I intend to work even harder to give everyone a good, old-fashioned laugh. I can truly say that laughter is the best medicine and that’s what I want to share to everyone.”
Truly, a blessed year for Candy Pangilinan… a talented, hilarious comedienne in showbiz!   That’s why I like her!
by Eccentric Yet Happy