When I found out that LA Galaxy will visiting our country for a friendly match vs Azkals last month, I was ecstatic because I want to watch it, but I got sick when they came here recently.


I’ve been watching David Beckham since when he was playing with Manchester United as a midfielder. I admired his passion for the game and he touches the hearts of millions of his fans.


Here’s what happened last Saturday during the much awaited match between Azkals and LA Galaxy. Manny Pacquiao got Beckham’s shirt, when David Beckham took his shirt off and gave it to the Pound for Pound King. Lucky man, Pacquiao! 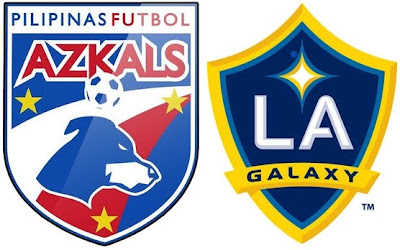 LA Galaxy dominated the match, but the Azkals gave the visiting team a good fight. Football superstar David Beckham conquered the game and the hearts of his Filipino fans by making the first goal for LA Galaxy. He then provided several passes to allow other teammates to score.


Within 90 minutes of pure football action, the 2011 Major League Soccer (MLS) champion punished the Azkals, winning over Team Philippines by a five-point margin, 6-1.


The exhibition match was aired live on Studio 23 and BALLS HD 167.

Stand out in a crowd with Garmin Instinct 2 Series

Top 5 most overrated players in the Premier League 2019-20