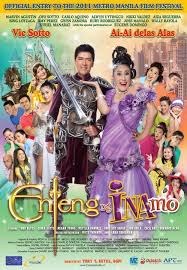 Every year, the highly anticipated Metro Manila Film Festival (MMFF) 2011 movies opened in various cinemas around the country on Christmas Day. Even MMDA Chairman, Francis Tolentino also watch “Segunda Mano”. He even seated on the floor when he watched it. The day after the Parade of Stars, revealing which among the seven films are frenzied over. According to Queen of All Media, Ms. Kris Aquino who stars in the horror MMFF entry “Segunda Mano”, the following are the early leaders in the MMFF 2011 box office tally:

The 37th Metro Manila Film Festival will run until January 7, 2012. The awards night will be held on December 28, 2011 at the New World Resort Hotel.