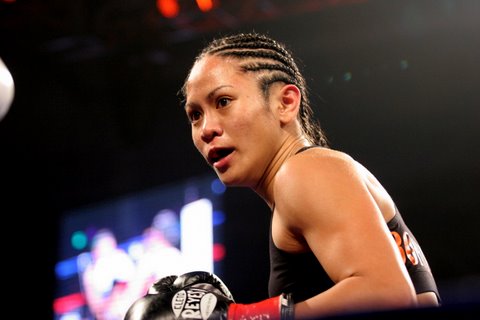 Recalling the Casimero incident, the three-time world champion Julaton said that while she is saddened by the way Casimero was attacked by an angry Argentinean crowd, she is confident and determined to put on her strongest performance.

“It was a surprising and terrible incident that unfortunately resulted in a dark reflection of Argentina. However, I need to treat this as an isolated case as it happened in an area different from where my fight against Yesica Marcos will be held. As a champion, I cannot let this incident distract me from my responsibility of keeping my title,” said Julaton.

25-year old Marcos holds an unblemished record of 18-0 with 6 knockouts against Julaton’s 10 wins including 1 knockout, 2 losses and 1 draw. Still, the 31-year old Filipina fighter remains unfazed by her opponent, who, as an amateur became a three-time Golden Gloves champion.

“The competition is fierce but I naturally train and perform well under such circumstances. I have fought other world champions with more experience than me and Marcos’ record doesn’t faze me,” Julaton said. “I have learned to treat all my fights with the same attention and intensity. I expect to fight under extreme circumstances and have endured such,” she added.

Julaton is coming off a unanimous decision victory against Jessica Villafranca of Mexico.

With her confidence in high gear, Julaton, with the help of her team led by trainer Angelo Reyes, is raring to step on the ring and continue to rise as among the fastest to become a champion in boxing history after only seven professional fights.