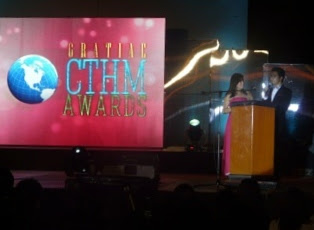 The University of Santo Tomas (UST) College of Tourism and Hospitality Management (CTHM) recently staged “Gratie CTHM Awards Night” held at the Plaza Mayor in celebration of the achievements of the college and its students.

It was a night of raising glasses to deserving students who excelled in various inter-collegiate competitions like beauty pageants, mixing cocktail and outstanding tourism and hospitality achievement awards. In support of the deserving students, Chicken Deli restaurant, a Bacolod original since 1983 joined in the celebration as one of its major sponsors with a booth offering their best sellers – their yummy Pechopak, sumptuous Paa and savory Liempo! 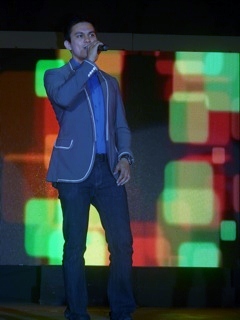 The night was livened up by an exciting segment of the restaurant hosted by energetic Myx VJ Joyce Pring who engaged the faculty, students and guests. Though formally dressed, they gamely joined the “Longest Breath“contest and a lot more. Joyce gave Chicken Deli gift certificates to the winners. Handsome Tom Rodriguez took the stage to serenade some pretty college ladies with the song “When You Say nothing at All “and “Fly Me to the Moon” that gave a feel of romance to the event. Tom can be seen daily in his teleserye “Angelito” on ABS-CBN while VJ Joyce hosts daily on Myx, the number one music channel.

Chicken Deli has branches in SM North, Annex (3 rd floor), Recto Ave., Tutuban Center Mall(G/F)the whole evening event was a big success and sure did the thomasians had a blast thanks to Chicken Deli the original Bacolod inasal since 1983 ang pak na pak na Pechopak 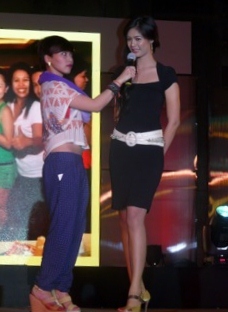