As frontman Yael Yuzon told during the recent presscon held at Shakey’s Morato, they are grateful that they will represent our country for the prestigious festival. They’re excited to perform in the prestigious music fest.

What is Beale Street Music Festival?

The Beale Street Music Festival is the Mardi Gras of Mid-South. It has grown into one of the largest parties in the United States, drawing people from all over the country to come experience a celebration of the birth of an expressive art form that materialized as the music known as the Blues. Gritty, raw, and full of emotion; Beale Street symbolizes everything that the Blues was born from. Like a mother rearing its young, the Blues took shape from its surroundings and became one of the most expressive musical outlets today. You cannot appreciate music without understanding the roots of the Blues, and you cannot appreciate the Blues without visiting the place where it was born: Beale Street, Memphis. 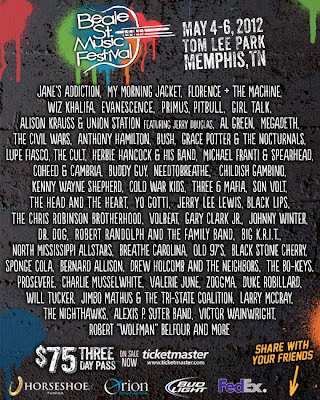 Let’s support our very own Sponge Cola for Beale Street Music Festival this coming May. Good luck to Yael, Gosh, Tmac and Armo!