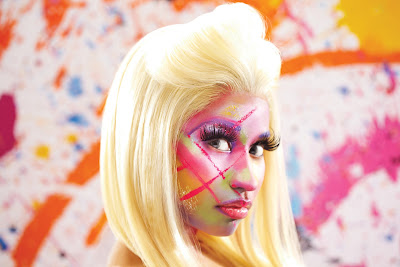 Mark your calendars and be part of the biggest concert party this year as Globe
Telecom, the leader in postpaid, and Research In Motion (RIM), the company behind
BlackBerry®, mount another first by bringing international rapper and songwriter Nicki
Minaj to Manila for a ‘one night-only’ concert at the SM Mall of Asia Arena on July 11,
2012, the only Southeast Asian leg of her Pink Friday Tour. 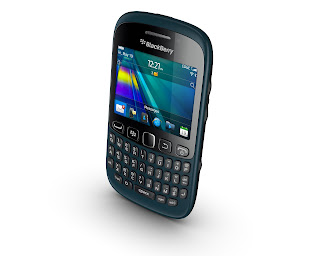 Get up close and live with the global music icon that is Nicki Minaj who has
captivated millions of fans across the globe with her hit song ‘Super Bass’ for free
when you purchase a new BlackBerry® Curve™ 9220 or BlackBerry® Curve™ 9320
smartphone from Globe with a Globe My Super Plan, a portfolio of the most flexible and
customizable postpaid plans that allow customers to design their postpaid service plan
based on their choice of consumable monthly amounts, freebies, and add-ons.
Globe subscribers availing of the new BlackBerry Curve smartphones are in
for the biggest treat of their lives with a free and exclusive access to a night of great
music as they move and groove to their favorite Nicki Minaj hits. Subscribers getting a
new BlackBerry Curve 9220 are entitled to one (1) free ticket*, while those purchasing
a new BlackBerry Curve 9320 get two free (2) tickets** to the concert party of the
year. Existing subscribers outside their lock-up can opt to re-contract their account
subscription and get the BlackBerry Curve 9220 or the BlackBerry Curve 9320 for the
free tickets, while those within lock-up can either get a new postpaid line or purchase a
prepaid phone kit.
The BlackBerry Curve 9220 comes free with My Super Plan 499 plus a P99
unlimited BlackBerry Chat subscription while the BlackBerry Curve 9320 is free with
My Super Plan BlackBerry Unli Surf Combo Plan 999. For as low as P598/month,
Globe subscribers can get the BlackBerry Curve 9220 complete with a P499 monthly
consumable amount for calls and texts, unlimited access to BBM™ (BlackBerry®
Messenger) and 2 freebies, in addition to the one (1) free concert ticket. On the other
hand, subscribers can enjoy the BlackBerry Curve 9320 for only P999/month with
unlimited surfing, P400 monthly consumable for calls and texts, and 1 freebie, in
addition to the two (2) free concert tickets.
Nicki Minaj quickly became a global music phenomenon when she released her
debut album ‘Pink Friday’ in November 2010. It became an instant hit, peaking at
number one on the U.S. Billboard 200 and being certified Platinum by the Recording
Industry Association of America (RIAA) only a month after its release. She became the
first female solo artist to have seven singles on the Billboard Hot 100 at the same time.
Her second single, “Your Love” reached number 1 on the Billboard Hot Rap Songs chart,
making Minaj the first female artist to top the chart unaccompanied since 2002. Her
second studio album, Pink Friday: Roman Reloaded was released in April this year.
“Socially-connected customers in the Philippines will love the new stylish
BlackBerry Curve 9320 and 9220 smartphones,” said Hastings Singh, Managing Director,
South Asia at RIM. “Our customers are important to us, so together with our partner
Globe, we wanted to offer new My Super Plan customers who choose a BlackBerry
Curve 9320 or 9220 an amazing ‘thank you’ in the form of free tickets to see Nicki Minaj,
one of the hottest music acts out there,” he added.
“Globe is very excited to partner with BlackBerry in bringing Nicki Minaj up close
and personal to her Filipino fans this July. Flying an international artist for an exclusive
concert in the country as the only Southeast Asian destination is something we’ve never
done before. As part of our continuing efforts to further grow our postpaid business, we
are making Nicki Minaj’s concert party as our biggest freebie ever, making it exclusive
to subscribers getting the new BlackBerry Curve 9220 or BlackBerry Curve 9320. With
these two new BlackBerry smartphones, users can join the conversation and share a
great concert party experience with each other, only from Globe and BlackBerry,” said
Martha Sazon, Head of Globe Postpaid.
Get the newest BlackBerry Curve smartphones from Globe now by visiting
www.globe.com.ph/blackberrycurve, going to the Globe Store nearest you, or calling
730-1010 and become boom-ified with the Pink Friday gal herself, Nicki Minaj
by Eccentric Yet Happy

Globe teams up with Bataan LGU to streamline SAP processing