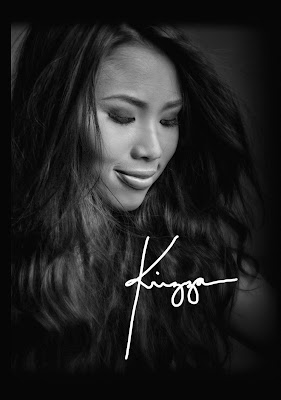 The protégé and the mentor finally released the highly-anticipated self-titled album, Krizza. “Krizza” features most requested songs from Protégé and OPM originals composed by the music icons of today. The carrier single, “Ba’t Di Ko Ba Nasabi” is the original soundtrack from GMA-7’s The Good Daughter. The album has 10 tracks with 2 OPM remakes showing the soulful, edgy and R&B distinct voice of Krizza Neri at her best. Grand Winner Mentor, Actress and Singer-Songwriter Aiza Seguerra produced the album under her own label Blackbird Music and contributed two original tracks, “Kung Malalaman Mo” and “Look My Way”. “I am extremely happy also that some of the songs from Protégé most requested by viewers are included in the album”, says Aiza.

The mentor shares a song of longing with guitar-accompaniment with “Look My Way” with lyrics from Joel Trinidad creating a beautiful romantic pop-soulful tune. Singer-Composer Nyoy Volante (“No More You and Me”) and Laarni Matta Macaraeg (“Dahil Sa ‘Yo”) completes the romance and inspiration with songs that move and uplift any mood of any day. Jude Thaddeus Gitamondoc contributed preppy youthful songs “French Fries and Coke” and “Don’t Be Too Much” that suits the 16-year old protégé Krizza Neri many of the teens anticipate to relate and sing-along with.

The sweet and soulful Cagayan de Oro native will be celebrating her birthday on June 28 and find its fitting that her 1st showbiz birthday celebration is the release of her debut album. Still in disbelief, Krizza finds herself humbled and extremely excited to have been given an original composition of Mentor Music Maestro Ryan Cayabyab (“Kung Malalaman Mo”) who shared the Protégé winning experience. A song that most people would like to express, “Kung Malalaman Mo” is a song of hidden and unconditional love with varying tempo and melody to lift your spirits.

Memorable songs from Protégé are also included; “Narda”(originally sung by Kamikaze band) and the powerful medley of standard pop birit we’ve seen Krizza Neri sung, “If I Could/Wind Beneath My Wings” and “Could Have Been”. Finally, the Mentor, Singer-Songwriter, Music Icon Ogie Alcasid shares his original song, “Bakit Ka Lumayo” completing the powerful melody of love in the album. Krizza is distributed under Universal records.

Under GMA Artists Center, Krizza Neri appears regularly on Party P every Sunday. She will also be on other GMA shows, bars and several radio stations to promote the album. Watch Krizza sing the remarkable songs from the album in Startalk, Eat Bulaga, Showbiz Central, Bubble Gang, Idol sa Kusina, Master Showman, Wish Ko Lang, Follow That Star, Unang Hirit and Pare & Pare. Krizza will also be on tour with mentor Aiza Seguerra for “The Protégé and the Mentor” tour in the following show schedules:

8. If I Could/Wind Beneath My Wings

Published with Blogger-droid v2.0.6
by Eccentric Yet Happy