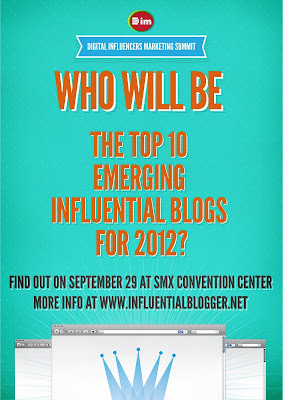 When Ms. J (the energetic Ms. Janette Toral of DigitalFilipino) asked us who are the participants for the Top 10 Emerging Influential Blogs Writing Project, she approached us and I told her I was among who joined the said writing gig,

She said: “You’re one of the winners! May badge ka na.”

I was stunned when she told me that I was chosen to be the one of the winners of Top 10 Emerging Influential Blogs for 2012. I never expected it would happen to me. I never imagined that my blog was chosen for this fabulous writing project. 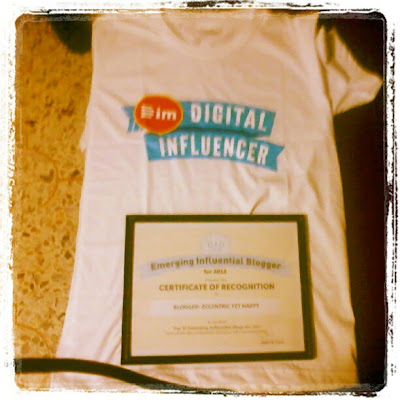 Top Ten Emerging Influential Blogs for 2012 Winners from Janette ToralI would like to thank my followers and friends who believed my capability as a blogger. Having a physical disability since birth (Inborn ang kaliwang mata ko.) is not a hindrance for me to achieve my goals.

Thank you Ms. J for this wonderful opportunity you gave me and I was eager to join the Top 10 Emerging Influential Blog Writing Project for 2012. I learned a lot of things about blogging. It’s been a pleasure to know you.


by Eccentric Yet Happy