I’m fond of listening to music, especially songs from our homegrown talents on my free time. And we have a lot of talents, most especially indie rock bands. One of these bands who emerged to mainstream rock scene is Calla Lily. 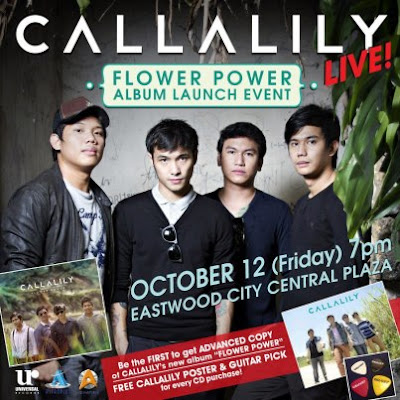 Universal Records will launch their much anticipated album “Flower Power” tomorrow (October 12) at Eastwood City Central Plaza, 7 pm. It’s been three years when they released their self titled album, with 10 original tracks and you will surely love their latest single from this album,”Pasasalamat”.