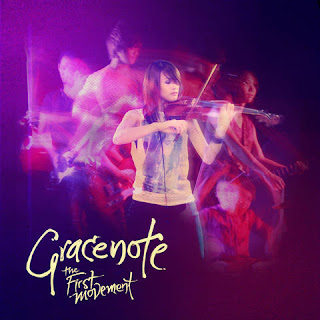 Young, promising new bands come and go, but every now and then, a few come out that show more promise than most, and more importantly, staying power. Longevity was probably the furthest thing from the minds of singer, songwriter, and multi-instrumentalist Eunice Jorge, guitarist Chen Pangan, drummer EJ Pichay, and bassist Jazz Jorge when they first jammed at St. Scholastica’s College of Music years ago. But they formed a band, called themselves Gracenote, rehearsed hard, honed their craft, wrote songs, played gigs, and in 2008, joined the annual inter-collegiate band competition Nescafé Soundskool and made it into the finals. It was there that they first received widespread attention, having been mentored by hardworking pop-rockers 6cyclemind, and impressing their manager enough to put them under his wing.

From that point onwards, Gracenote would play even more shows, including bigger ones, alongside their local musical heroes, many of whom would acknowledge the young band’s skill, enthusiasm, and onstage presence. Soon, a loyal following would steadily develop, as more and more fans attended their energetic shows and familiarized themselves with the band’s catchy, but still unrecorded, original tunes. The gifted, young musicians of Gracenote were finally getting the recognition they deserved, but they still needed to come up with a document that would capture their live skill and energy on record, one that they can proudly release with their names (and the band’s name) on.

Fortunately, Gracenote’s debut album, the eight-track First Movement, is finally out under Soupstar Music and distributed by Universal Records, and it’s definitely a debut that Eunice, Chen, EJ, Jazz, and everyone else involved in its making (including producer Rye Sarmiento of 6cyclemind) could be proud of, and fans should be happy that they are finally able to listen to the band’s original numbers through their headphones. The EP opens quite aptly with “Knock Knock,” with Eunice imploring the listener to let her in, and with her vocal charm and the band’s rocking precision, you couldn’t possibly refuse. Gracenote slows it down a notch with the stripped down “Pwede Ako,”but it nonetheless succeeds in keeping the EP’s momentum going. Current single “Amnesia” follows suit, and this is where the band members truly showcase their individual and collective skills, with superb guitar work, soft-loud dynamics, and even violin lines courtesy of Eunice. The solemn, sonically gorgeous “Faraway” assumes the role of the big rock ballad in this collection, and could very well be a highlight of the band’s live sets.

Already released as a radio single and music video months before the EP’s release, “Minsan Lang Naman” should please longtime fans and make new ones with its innate catchiness and inspired arrangement. “Play It Again” demonstrates how Eunice’s voice simply soars when backed by a couple of unplugged guitars, while the whole band gets its disco on with the driving “Stop Stop!” A fine acoustic rendition of “Amnesia” rounds out this exceptional and enjoyable debut release by this young group whose members are obviously talented beyond their years. And with First Movement, they’ve just made a strong case for longevity. Indeed, Gracenote are here to stay, and as gifted as they already are, they can only get better.