Feb 12, 2013
Things just got tougher for everyone’s favorite Pinoy superhero as Kidlat (Derek Ramsay) faces the slew of super villains Vincent (Baron Geisler) gathered. He first finds orphaned twins Francine and Francis played by Artista Academy graduates Shaira Mae and Mark Neumann. The seemingly ordinary teens possess the power to produce ice and fire, transforming into the deadly duo Frosta and Fuego. With their combined powers, they have the ability to unleash a tornado-like force that is bound to cause major destruction. 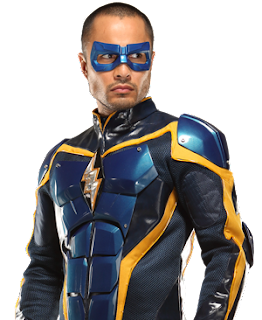 Meanwhile, Paolo Ballesteros takes on the role of Walter, a poor yet hardworking cook who is often bullied for being a weakling. His life changes when he finds a magical stone that turns him into Warla, a beautiful villain with feminine features who possesses superhuman strength and impressive combat skills.

Commercial and fashion model Valerie Weigmann makes her acting debut as the mysterious Natasha Thorpe, a young fashion entrepreneur with a hidden agenda. Her telekinetic powers, knowledge of witchcraft and a thirst for vengeance makes her a potent villain for our hero. As Enigma, she can seduce and alter her victim’s perception. Can Kidlat resist her or will he fall prey to her seductive wiles?

Aside from these villains, Kidlat will still also have to fight Vincent’s lackey, Graba Man (Wendell Ramos). Fans of the show should also stay tune as Vincent develops a new weapon that promises to destroy Kidlat. How will our electrifying hero fare against these villains? Keep watching Kidlat on weeknights at 6:45PM right after Aksyon.