GMA Network tween star Barbie Forteza releases her first single “Meron Ba” which is now out on iTunes- https://itunes.apple.com/ph/album/meron-ba-single/id607116986. It is the theme song of GMA’s latest Korean series “Big” airing weekdays at 5:30pm. The single will be part of her self-titled debut album which will be released this April under MCA Music (Universal Music Philippines). 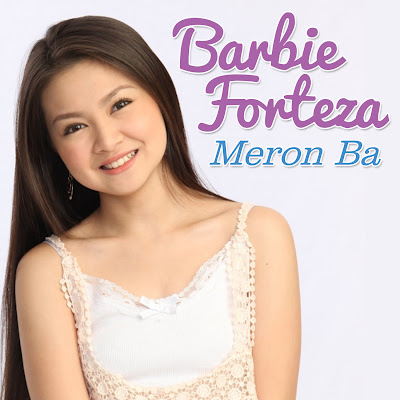 “Meron Ba”, composed by Freddie Saturno, fits Barbie to a T as it is about young love and having a crush on someone- something that teens like her are experiencing. A lot will surely to relate to the song especially when watching the Korean series “Big”.

This is Barbie’s first foray into singing after starring in successful TV series like “Paroa”, “Luna Blanca” and “First Time”.

“I am so happy that finally, my first single is released,” Barbie said. “I also consider it a blessing that it was chosen to be the theme song for “Big” which is such a big deal for a new singer like me.”
With the single “Meron Ba”, expect a lot more surprises from Barbie with other songs her self-titled debut album out this April.

“I am so excited for this album and expect it to be very Barbie- fun, bubbly and young,” Barbie said.