Apr 17, 2013
Earlier today, the Department of Transportation and Communications (DOTC) announced that they finally decided to push back the transfer of the gateway to Northern Mindanao from the old Lumbia Airport in Cagayan de Oro City to the new P 7.8-Billion Laguindingan Airport by one-and-a-half months to June 15, 2013. This is to avoid disrupting passengers’ travel plans over the summer. 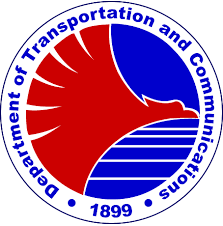 DOTC conducted inspection around the Laguindingan Airport. And they were delighted how the Civil Aviation Authority of the Philippines’ (CAAP) prepared for the April 30 opening.
Meanwhile, CAAP requested from the airline companies to cancel the transfer until after the summer peak season.
But according to the airline companies, they were experiencing difficulties on how they will reach out with a lot of passengers who had already purchased tickets for flights in April and May, and to inform them of changes in their flight itineraries.
“It is in the best interest of the government and of the airlines to deliver safe and convenient services to the public,” said the DOTC. “As we took stock of the assessment of both CAAP and the airline companies that the Laguindingan Airport is already a safer alternative to the Lumbia Airport, we again listen to their inputs saying that postponing the transfer will be better for passenger convenience.”
“The postponement will give the airlines ample time to inform their customers of their new flight schedules at Laguindingan Airport.  This will lessen the possibility of disrupting travel plans and causing inconvenience to the riding public,” added the DOTC.
The airlines which operate at Cagayan de Oro are Cebu Pacific Air, Philippine Airlines, PAL Express, and Zest Air.
The Laguindingan Airport is a key infrastructure project which is crucial to unlocking the Cagayan de Oro-Iligan Corridor to more tourism- and agriculture-oriented activities.
The government has previously announced that it will be temporarily operated by CAAP using Visual Flight Rules (VFR) until its air navigation equipment is fully in place by May 2014.
by Eccentric Yet Happy