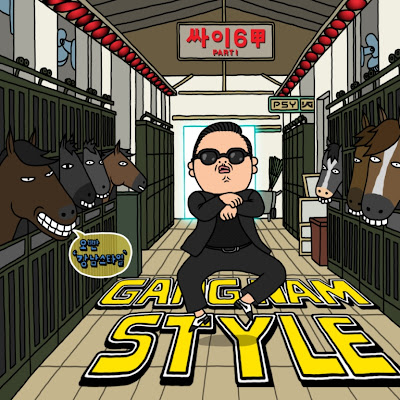 After K-POP music become a global phenomenon due in large part to Korean singer PSY’s massive 2012 dance hit “Gangnam Style,” the whole world—along with many Filipinos—is now eagerly awaiting the release of PSY’s new single on April 12.
In celebration of the upcoming release, LINE, a world-leading mobile messenger with social networking services, is set to offer PSY stickers (quirky and colorful emoticons) to users for free from April 10 – 12.
LINE’s PSY stickers consist of 40 diverse items, all of which depict PSY’s humorous expressions and gestures, including his signature horse-riding dance motion. Released last October, the stickers—originally priced at USD 1.99 or 100 LINE coins—will be available for free for three days, and can be used for up to 180 days after the initial download.
“PSY has truly become a global pop icon, and he has especially captured the imagination of Filipinos of all ages,” explained Lee Jin Woo, General Manager of LINE Business Office at LINE PLUS. “We at LINE want to reach out to these fans through this ‘free sticker’ opportunity, and create a synergy between PSY’s worldwide fans and LINE’s global users.”
”LINE will always be one step ahead of users’ needs, and we are constantly working to provide a wide variety of services to meet their quickly changing desires through our free app,” he added.
Together with PSY’s free sticker release, LINE is adding more K-POP celebrities to its current Official Account list of G-Dragon, KARA, and JYJ. New additions to the line-up will include CNBLUE, FTISLAND, Lee Min-ho, Miss A, Wonder Girls, ZE:A, 2AM and 2PM.
LINE Official Accounts allow fans to add their favorite celebrities on their friends list and follow their messages, pictures and even video and audio clips on a daily basis. Fans can also interact with celebrities in real-time during ‘On Air Mode’ where the celebrities can read and respond to messages via text.
“LINE works to extend and enhance users’ entertainment experience through celebrity engagement,” Lee Jin Woo explained. “We are committed to meeting and exceeding the expectations of global users for a more fun and unique communication experience.”
PSY’s promotional stickers can be availed at the LINE Sticker Shop. The shop can be accessed by clicking the “More” tab or through the Sticker Keyboard by clicking on the “+” tab. If users receive PSY stickers from their friends during a conversation, clicking on the PSY stickers will take them to the Sticker Shop.
PSY hit the big time as he soared to the top of global charts towards the end of last year. ‘Gangnam Style’ clocked in more than 1 billion views on YouTube, becoming the first and only video so far to achieve those numbers. The video is not only the most viewed, but it is also the most ‘liked’ video in YouTube history. By the end of 2012 the song had already topped the music charts of more than 30 countries.
LINE has continuously introduced entertaining and interactive features like LINE Camera, Official Accounts, and even games that are currently leading the mobile SNS game market. The app is available for free at Apple’s App Store, Google’s Play Store, as well as on Blackberry, PC and other platforms.
For more information about LINE, visit its official website http://line.naver.jp/en/.
*Useful Links:
LINE Hompage
PC: http://line.naver.jp/en/
Mobile: http://line.naver.jp/app/en/
For LINE Partner:
http://line.naver.jp/partner/pc/index/en
LINE Facebook Page
http://www.facebook.com/line.worldwide
LINE Official Blog