Mrs. Cynthia Villar elated over inclusion of LPPCHEA on Ramsar List of Wetlands of International Importance

Former Las Piñas Representative Cynthia Villar said she is happy that the Las Piñas-Parañaque Critical Habitat and Ecotourism Area (LPPCHEA) is included on the Ramsar List of Wetlands of International Importance. 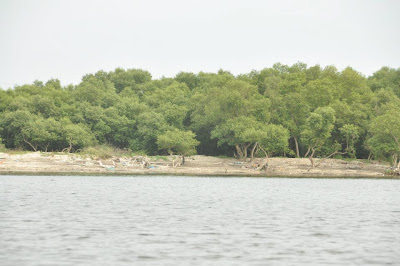 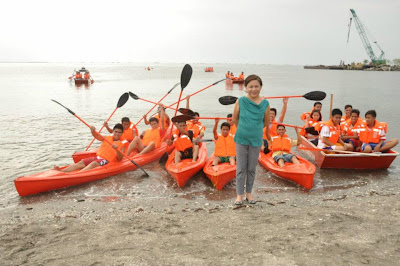 “The inclusion of LPPCHEA on the Ramsar List of Wetlands of International Importance is very good news indeed. We should be proud of the recognition, and at the same time, we are encouraged even more to protect it,” said Villar.

LPPCHEA is the sixth Philippine site designated as ‘Wetlands of International Importance’, it was included on the list on March 15.

The Philippines joined the Ramsar Convention in 1994. Signatories to join the Convention agree to “include wetland conservation considerations in their national land-use planning,” and commit to implement and promote “the wise use of wetlands in their territory.”

The Convention on Wetlands—signed in Ramsar, Iran on 1971— is an intergovernmental treaty that embodies the commitments of its member countries to maintain the ecological character of their Wetlands of International Importance and to plan for the “wise use”, or sustainable use, of all of the wetlands in their territories

“The international treaty organization has recognized LPPCHEA’s global importance to biodiversity and the need to give it special protection from various threats. LPPCHEA is the so-called ‘last bastion’ in Metro Manila and faces various threats” said Villar.

Ramcar Convention cited on its website that LPPCHEA “faces threats” such as “ongoing land reclamation projects and mangrove cutting”, and “waste from nearby cities (that) accumulates along the coast”

Despite being declared as a critical habitat in 2007 by Proclamation No. 1412, there are existing plans to reclaim the area.

Villar is very vocal about her opposition on the planned 635.14-hectare Manila Bay reclamation project that will also affect LPPCHEA. She filed a petition for Writ of Kalikasan on March 16 against the said project, which the Supreme Court granted on April 10 last year. The writ of kalikasan was issued but not a temporary environmental protection order or TEPO—without a TEPO, the contractor can still proceed with the projects.

A series of hearings, which wrapped up only a few weeks ago, was held at the Court of Appeals. Villar herself took the court stand on October 12 as petitioner and witness. Villar’s group is aiming for the issuance of a permanent environmental protection order, so that the reclamation project will be junked altogether.

“I have repeatedly talked about the catastrophic effects that the proposed Manila Bay reclamation project will bring about—including the damage to the bird sanctuary as well as to the mangrove forest and marine habitat. The worst of which, is that it will cause severe flooding in 37 barangays in Bacoor, 11 in Paranaque and 17 in Las Piñas. Floods with a depth of as much as 5.12 meters or equivalent to a two-storey high building,” cited Villar.

LPPCHEA serves as a sanctuary to migratory bird species from as far as Siberia. According to the Wild Bird Club of the Philippines, Metro Manila has 150 species of birds, 72 of which are found at LPPCHEA. It is the only bird sanctuary located in an urban setting, thus it is considered as the ‘last bastion’. (END)

A coastal wetland in Manila Bay situated within the metropolis of Manila, comprising two interconnected, mangrove-covered islands, shallow lagoons and coastline. A Presidential Proclamation in 2007 designated the site as a ‘Critical Habitat’ for the survival of threatened, restricted-range and congregatory species. At least 5,000 individuals of migratory and resident birds have been recorded at the site, including about 47 migratory species such as the vulnerable Chinese Egret (Egretta eulophotes). The most important of the resident bird species is the vulnerable Philippine Duck (Anas luzonica) which breeds at the site. Records from 2007-2011 show that the site supports at least 1% of the estimated population of Black-Winged Stilts (Himantopus himantopus) using the East Asian-Australasian Flyway. The site faces threats associated with being located near densely populated areas. Waste from nearby cities accumulates along the coast and heavy metals and other organic contents coming from residential and industrial effluents affect surrounding areas. Other threats include ongoing land reclamation projects and mangrove cutting. Efforts to ensure the long-term conservation of this site are ongoing. (source: www.ramsar.org)
by Eccentric Yet Happy