The use of social networking sites has overtaken the use of the traditional postcards when travelling abroad. This is according to the recent survey conducted by leading global travel search site, www.skyscanner.com.ph 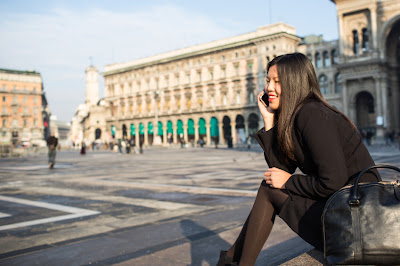 Filipino tourists and travellers now use social networking sites to share photos and their adventures with their friends and family back home. Eighty one per cent of the 1,000 Filipino tourists polled said that they update their Facebook while on holiday. Twitter and Instagram are also being used to send updates while in a foreign land.

Once the most popular form of communication while on foreign shores, sending postcards has been replaced by these social networks sites with only 9% of the respondent admitting to sending postcards while travelling. This is even less than the average across Asia Pacific, with 11% now sending a postcard home.

Skyscanner Philippines Manager Janet Ranola comments: “The Filipinos have long been known to be family oriented and this includes being in close communication with their love ones even when travelling alone. The result of this survey shows how much the internet has changed the way we Filipinos communicate, stay connected with love ones and even look for travel inspiration. “

The survey revealed Facebook as the most popular site to update those at home (81.4%), with 27% admitting to logging on and updating statuses every couple of hours.

The survey also shows that travel agent brochures may also be outdated, with 92% of Filipino travellers no longer using brochures for holiday inspiration. Instead, travellers turn to travel company websites (11%) and social media sites (25%), than personal recommendations from friends (13%).