It’s a star-studded week in Manila.

Aside from the fact that the casts of the latest film “Fast and Furious 6” is here in our country for the Asian Premiere tonight at SM MOA, “Sex and the City” actress and fashion icon Sarah Jessica Parker is also here in Manila for the opening of SM Aura Premier on Friday. 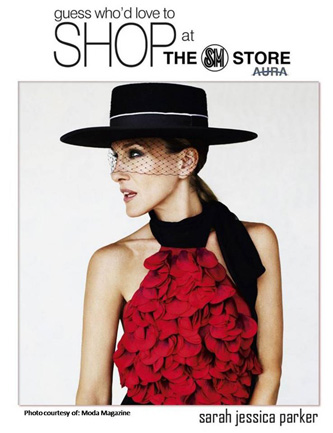 Meanwhile, DJ/producer Avicii is also here in our shores for a night of party clubbing tonight at SM Mall of Asia Arena.
by Eccentric Yet Happy