May 8, 2013
Mother’s Day is all about commemorating moms everywhere and celebrating their love, kindness and inspiration.  It is a time for thoughtful gifts, cheerful family gatherings and unique ways of showing them how much their kids care. It also serves as a reminder about the less fortunate children who grow up without devoted mothers, and urge kind souls to do their share to help. 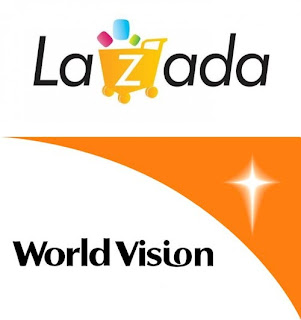 This Mother’s Day, the Philippines’ online shopping mall LAZADA is teaming up with World Vision, the international community development organization, to improve the lives of underprivileged children across the country through special Mother’s Day gift cards. These limited series World Vision Mother’s Day gift cards are available for P600 until May 20 at www.lazada.com.ph/worldvision .
“When you purchase this World Vision Mother’s Day card, a donation in her name will be made in honor of your mother,” said Jun Godornes, Associate Director of World Vision. “This donation will go to World Vision’s Child sponsorship program that enables children from a poor community to be educated, cared for and protected against poverty and injustice.”
Since its inception, LAZADA has become the number one destination for online shopping and gift inspirations in the Philippines. With over 20,000 products ranging from consumer electronics, gadgets, home and living, clothing and accessories, this leading one-stop online shop caters to all lifestyles and tastes. It is known for its flexible payment terms, such as cash on delivery and credit card payments, and offers free shipping for purchases above P1,000, seven-day return policy, and excellent customer service.
For more than 55 years, World Vision has been committed to eliminating poverty and its root causes, uplifting the lives of more than 100,000 Filipino children every year. Many more, however, are still in need of aid. “Adding the Mother’s Day gift card to your order will not only put a smile on the sponsored child’s face, but will also tug at the heartstrings of any mother,” said LAZADA’s Vice-President for Marketing Paul Mendoza.
Getting these special Mother’s Day gift cards serves as an initial step to the exciting journey of being a World Vision Child sponsor and making an indelible change in a child’s life. To sign up as a sponsor, one merely has to reply with the code inside the Mother’s Day gift card.
For more information on the World Vision Mother’s Day gift cards and other gift inspirations, visit www.lazada.com.ph.
by Eccentric Yet Happy