May 20, 2013
The Department of Transportation and Communication (DOTC) announced last Thursday, May 16 that there are seven (7) groups vying for the first airport project to be bid out under President Benigno S. Aquino III’s Public-Private Partnership (PPP) program have been successfully prequalified 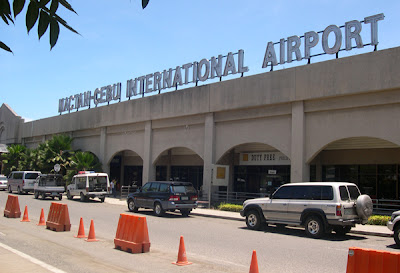 The said announcement, which was made four (4) days ahead of schedule, signifies that the P 17.5-Billion Mactan-Cebu International Airport (MCIA) Passenger Terminal Building Project will be contested by the following groups:

“This is a good number for ensuring optimal competition during the bid itself,” said the agency’s spokesperson, Atty. Migs Sagcal.

Under the updated timeline for the bidding process, the qualified consortia will now have until August 28, 2013 to submit their bid proposals.

“We are keen to find out which group will make the most advantageous offer to government. As we have said before, the more cooperation we have from the bidders, the sooner the public will enjoy the benefits of our projects,” Sagcal added.

The MCIA Project will modernize the country’s second-largest aviation hub and the gateway to the Visayas with the construction of a new world-class international passenger terminal building having an 8-million annual passenger capacity. It will also renovate the existing terminal building, which has been operating at over-capacity with 6.7 million passengers going through the 4.5-million passenger capacity structure in 2012.