Australia is the top study destination in the recent IDP Fair

Australia was highlighted once again among the world’s best destinations for quality education on the latest education fair organized by IDP Education Philippines last month. 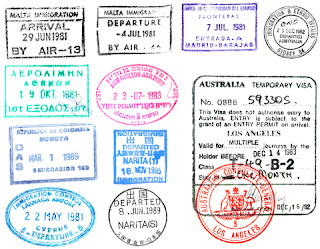 The Australian Education Exhibition for 2013 was held at the Marco Polo Hotel, Davao last Friday, May 17.  It then was moved to the Dusit Thani Makati the day after, culminating with its Cebu staging at the Radisson Blu Hotel Cebu last Sunday, May 19.

The United Nations Educational, Scientific and Cultural Organization’s Institute of Statistics had reported that Australia ranked among the top five destinations for tertiary education among the world’s mobile students.  In 2010, it received 17% of the total number of students hosted in the East Asia and Pacific countries, which was second only to the United States.

From July 2011 to June 2012, there were 2,633 Filipino students who had gone to Australia to study. This made it the Number 1 study destination for Filipinos.

Students preferred to go to Australia for diploma, certificate, training and further education (TAFE) because the country offered many benefits, foremost of which were internationally recognized qualifications, part-time work opportunities and higher post-graduation employability potential.

Changes were made in March to the Temporary Graduate visa which allowed fresh graduates the opportunity to spend more time in Australia (to gain practical experience) following completion of their bachelor’s, master’s or doctoral degrees.

As this continued to host students from different cultures, Australia was also able to offer an increasingly diversified cultural environment.  Graduates then had the advantage of being exposed to a variety of cultures and built an international network of contacts which they can tap into once they enter the workplace.

IDP Education Pty. Ltd. was the world authority in Australian education being 50% owned by 38 Australian universities.  It was the world’s largest student placement and English language testing services provider.

IDP Philippines opened in 1996 and had since provided free admissions and visa counseling to place thousands of students in colleges and universities in Australia, the US, UK, New Zealand and Canada.

The annual Australian Education Exhibition brought representatives of Australian universities and TAFE colleges to the Philippines for direct consultations and admissions facilitation and was considered the best means for students to have considered available education options, providing information on courses and programs, admissions requirements, costs and living arrangements.

Filipinos were on the brink of becoming a significant player in the international market. The deployment of the young abroad to achieve not only a better understanding of other people but also advanced systems can only enhance the advantages they now have. There was no block or hindrance to achieving international recognition except for the reluctance to try. Filipinos, forged ahead!