Sep 22, 2013
Having lice poses bigger problems for Filipino kids than just an itchy scalp—in fact, it can result in psychological trauma that may have long-term effects on a child’s mental health. The psychological trauma may result from the shame and low self-esteem triggered by cruel teasing, if not outright bullying, inflicted on a child with lice. 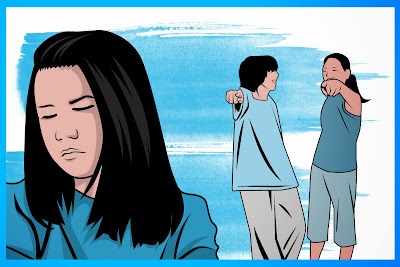 According to psychiatrist Dr. Genuina Ranoy, who is also a specialist in child psychiatry, she has adult patients who are still suffering from the psychological trauma due to bullying and teasing they experienced as children.

“Bullying and teasing can have far-reaching effects on a person’s mental health. It doesn’t matter what the reason for the teasing is, as long as the teasing reaches a degree that damages a person’s sense of self-worth. For example, I had a patient who suffered from mental anguish that was rooted in the teasing and bullying she experienced as child. The reason? She was teased and bullied because she had old, worn-out socks. Her family was poor and so her parents couldn’t afford to buy her new socks. She suffered psychological problems as a result of this trauma,” Dr. Ranoy said.

Could children who have lice be subjected to a similar bullying or teasing and also suffer from psychological trauma? Dr. Ranoy agrees. “Yang pagkakaroon ng kuto kasi, that’s still a big issue among kids even in our modern times. If you’re a child who has lice, you’re perceived and thought of as dirty. Mandidiri sa iyo yung mga kaklase mo. You will get ostracized not just by classmates and peers but also by other parents; of course, it’s true that lice is a transmissible condition so parents would be protective of their kids. Takot sila na mahawa ang anak nila,” she said.

Levels of bullying
A child with lice may experience several levels of bullying or teasing. Those in grade school, for example, are usually called names and receive other types of verbal abuse. They are also ostracized, meaning, they are made to feel that they don’t belong to their particular social group, whether it’s their class, a school organization, or any of the cliques or barkadas in their school.

“Young people in their teens usually suffer more serious forms of bullying. They are not just teased or mocked but they may also be physically assaulted—they may be pushed around or hit—and it can get worse nowadays because there’s already cyber-bullying. Teenagers are more vulnerable to cyber-bullying because of social media,” she said.

It’s easy to imagine how a child or teenager with lice may be bullied through Facebook, Instagram, or Twitter. Any child who is known to have lice may be mocked online, with his or her name and picture posted on Facebook or other social media outlet. Parents would not want that to happen to their child considering the psychological effects.
Signs and symptoms
What are the signs that let us know whether or not a child is a victim of bullying—whether due to lice or other reasons? “If the child is at his or her first years in school, then he or she is at that stage where her sense of self, her personality, and her ego strength is still developing. The child has not yet learned coping mechanisms for traumatic experiences. At that stage a child who is being bullied would be displaying anxiety symptoms,” said Dr. Ranoy. She mentioned the following symptoms:

Physical symptoms. Headaches, tummy aches, nausea, and vomiting—all of these are physical symptoms that may manifest if a child is feeling anxiety over the bullying he or she is experiencing. Ranoy emphasized that such symptoms are not just “all in the mind” of a child.  “A child who is suffering anxiety symptoms due to bullying or some other trauma will experience real physical symptoms. The mind affects the body. The roots may be psychological but the physical manifestations are real—they are not imaginary,” she explained.

Social withdrawal.  A bullied child may feel shy, withdrawn, afraid, and embarrassed in social situations—instead of being friendly, curious, and adventurous.

Mood problems.  The child who is being bullied may experience depression, anxiety disorder, irritability, and other mood conditions. When such is suspected, the help of a child psychiatrist is advised.

General deterioration.  A bullied child may also display a generalized dip in physical and  mental performance. Grades may go down. He or she may have sleep problems—whether unable to sleep or oversleeping. There may be a loss of playfulness. He or she may seem unhappy. “In other words, a parent will be able to sense that something is wrong, that the child is not meeting his or her full potential,” said Dr. Ranoy.

Coping with trauma
Once a parent suspects that a child is being bullied, there are several things he or she can do to help the child. According to Ranoy, the usual advice that the child should tell school authorities is not necessarily always the best solution.

“Of course, if there’s already violence and physical injury, then telling school officials is a must. However, teaching a child to stand up to bullying goes beyond that. First of all, bullying is a social phenomenon. And the best way to help a bullied child is to teach that child the proper social skills that will prevent further bullying,” Dr. Ranoy explained.

It’s a reality that even after a child reports bullying to school authorities, the bullying may still continue. Ranoy also cautioned against the advice of teaching a child to fight back. If a lone child is facing a group of bullies, fighting back is not a good idea. The child will be outnumbered. Instead, a child must be taught to make friends and belong to a group. There really is strength in numbers. A group of bullies will not be able to bully a child when he or she has a group of friends. The child’s friends will be able to fend off the bullying.

“What are the types of kids that are being bullied? Usually, these are the kids who are alone; those who belong to no peer group. These loners may also stand out as being different in the way they behave, the way they dress. I’m not saying that being different—having one’s own taste in music, clothes, etc—is bad. What encourages bullying is a child’s lack of social skills. A child that develops social skills will be able to make friends most of the time. He or she might eventually even make friends with the bullies, too. For a child, learning social skills early will prevent many other problems, not just bullying,” she explained.

Of course, if having lice is a part of the cause of the bullying, then getting rid of the pesky lice is already a big part of the solution. For parents who want to spare their kids the trauma of teasing and bullying due to a problem with lice, LiceAliz provides an effective and safe solution for removing lice and nits (lice eggs) from children’s hair and scalp.

LiceAliz is a head lice treatment shampoo made of natural ingredients with Pyrethrin as its active ingredient. It is made from extracts of Chrysanthemum flowers. Pyrethrin is proven effective in removing head lice and their eggs; it is safe to use for adults and children as young as two years of age.

LiceAliz is very easy and convenient to use because it is applied just like regular shampoo. Even better, it contains a conditioner that keeps hair soft, healthy, and manageable. For the first two weeks of use, it must be applied twice a week. After that, it is applied only once a week to keep head lice from coming back. For best results, it must be left on the hair for ten minutes before rinsing.

Consumers prefer LiceAliz because it is effective, safe, and reliable and yet is priced as much as 50 percent lower than other brands of head lice shampoo. LiceAliz also has a variant with menthol for a cool, refreshing feeling on the scalp. LiceAliz is available in drugstores and department stores nationwide.
by Eccentric Yet Happy