Oct 1, 2013
Mutya ng Pilipinas Beauty Pageant grand winner Koreen Medina bared in a recent interview what stuff she’s made of and shared some of her admirable beliefs, practices, upbringing details, and useful tips, all of which confirm her branding as “The New Generation’s Perfect Role Model.” 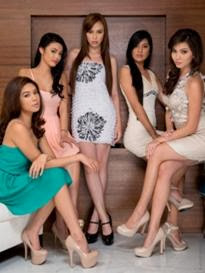 This 18-year-old Quezon City beauty, the country’s bet to the Miss Intercontinental Pageant beauty tilt to be held in Egypt in November, bagged several awards as Mutya’s Best in Talent, and was also voted by the pageant’s sponsors as Mutya ng Zen Institute.
This amiable former Mass Communication student of St. Paul University believes in the value of education, which she considers “the most important preparation the youth can have for their future,” despite the fact that her win and her twin talents of singing and acting—not to mention, the prizes she won not only in the pageant but in the previous competitions she earlier joined—may all well be her passport to a comfortable future.
“Values learned at home while growing up serve as a good foundation later on in life—values are very important,” she blurted out. Normally, it’s the parents who teach a child the values he grows up with, but not so with Koreen.
How she cares for herself
“I never go to sleep without my simple beauty regimen. I wash with baby soap and I moisturize. I’ve been doing this since as early as high school. For my body, I use lotion.” Koreen doesn’t go for applying a bagful of skin care products. She knows she doesn’t need to do much—just keeping her face clean and moisturized does the trick.

No, she’s not a gym person, but she plays volleyball and basketball—these serving as her off-and-on exercise. She’s open, however, to possibilities that the Zen Institute will recommend for her as regimen. She acknowledges that having a suitable regimen means being able to exercise discipline.
“I heard Zen goes most for the natural, and I like things natural.” Koreen’s statement truly epitomizes the Zen Institute, which has taken on the route towards the natural, guided by the acumen and rich experience of a medical doctor who’s a wellness advocate, Dr. Mary Jane “MJ” Torres. If Dr. MJ is perpetually the “The Hands and the Face Behind Zen,” indeed beauty titlist Koreen Medina is “The Face of Zen” this 2013.
Positive attitude. Healthy lifestyle. Balance between mind and body. All these are very much Koreen Medina. And this makes her a true example of a woman living in Zen’s guiding philosophy. She is a beauty “perfected from within”.
True beauty comes from within and Koreen is glad to have known The Zen Institute. Being part of the Zen Institute and carrying the title “Ambassador” gives her more confident in showing to the world true Filipina beauty is inside and out.
The Zen Institute is located at the Ground Floor, Bonifacio Technology Center, 31st Street corner 2nd Avenue, Bonifacio Global City, Taguig City (856-2027), with branches at 69 Scout Rallos St., Tomas Morato, Quezon City (441-1712; 412-2528), or at the St. Frances Cabrini Medical Center, Maharlika Highway, Barangay 2, Sto. Tomas, Batangas (+43) 778-4811).
For more about The Zen Institute, visit www.thezeninstitute.com.
by Eccentric Yet Happy