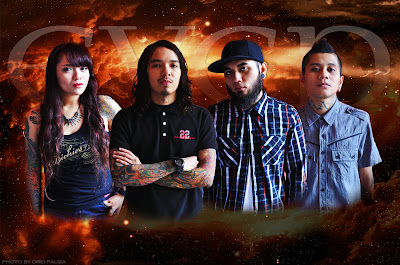 After an exhaustive nationwide search that involved scouring hundreds of performance venues, visiting thousands of band sites and YouTube channels and immersing into the alternative music scene, five bands have been chosen from key regions of the country to battle it out for Converse Philippines’ “Get Loud.” 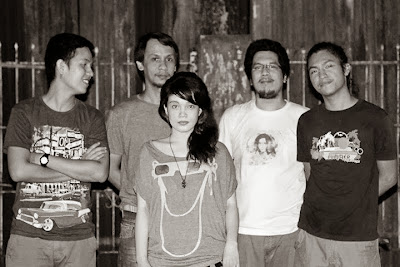 The Converse Get Loud campaign is a celebration of music, creativity and the talented Pinoy artists. Converse and music are inseparable. Converse, especially its iconic sneaker the Chuck Taylor All Star, has always been the sneaker of choice for many musicians as it is a badge of self-expression.

The five bands vying for the chance to be hailed as the first-ever “Get Loud” champ are Even from North Luzon, Brisom from the National Capital Region, Kissbone from South Luzon, Bethany from Visayas and Jad Montenegro from Mindanao.

Composed of Dyanne Licudine (vocals), Jam Bumanlag (guitars), Coco Saupan (bass) and Dan Allan Acosta (drums), Even from North Luzon is a Baguio-based band that describes their music as “dark and melancholic.” They take pride for their songs for their “well thought-out lyrics woven into heavy chugs and bass, unisoned into drumlines.” Even will perform their original song “Luminary.”

Brisom, from NCR, is composed of Brian Sombero (vocals and guitar), Jeffrey Castro (drums and beats), Jason Rondero (bass), Tim Abbott (synthesizer and keys) and Terence Teves (guitar). Most of Brisom’s songs are based on Brian’s “soul-changing travels and life-changing realizations,” capturing the sound of soulful indie rock with “straightforward clarity” and “lyrics from the heart.” They will perform “Waking Lives.”

From the Visayas, particularly Cebu, Bethany is composed of Luis Quibranza III (lead vocals and guitar), Angelo Quibranza (lead guitar and vocals), Paolo Miguel Quibranza (drums and vocals) and Kevin Borromeo (bass). The Quibranza siblings immersed themselves into songwriting in 2008 and began performing soon after Kevin’s addition. The band takes pride in their delivery of alternative rock music that has “a lot of curve balls, intense guitar work, smart lyrics and infectious melodies.” Bethany will perform “Keep Moving On.”

Jad Montenegro, from Mindanao, takes its name from its lead vocalist. Completing the band are Dave Ibao (guitar and backing vocals), Eric Luzada (lead guitar), Pjoe Sabanpan (bass) and Carlo Garcia (drums, backing vocals). After performing as a solo acoustic act in Davao, Jad felt the need to expand her musical horizons by forming a band with friends. Their song entry for the competition is “The Escapist.”

Starting October 7, supporters of these 5 bands can start voting for them by liking www.facebook.com/ConversePhilippines and clicking on the “Get Loud” tab. The bands will be recording theirs songs with one of the music industry’s finest producers, Angee Rozul. Fan votes shall comprise 20 percent of the band’s final score. Fans can also increase the band’s chances of winning by uploading a video or photo featuring their favorite Chucks and their favorite band. Each photo or video entry earns the band 2 points per entry. As an added treat, the most creative video and photo also will win limited edition Converse items. Voting and uploading of entries will end on November 4 and 5, respectively.