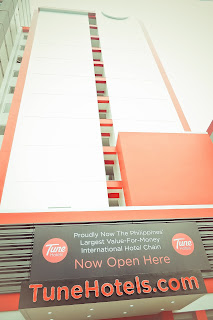 There are six hotels in the Philippines now carry Tune Hotels’ signage. It was operated by Red Planet Hotels and, purely by property numbers, it has quickly grown to be the largest internationally-owned brand in the country after the first Tune Hotel in Angeles City opened its doors in February 2012. 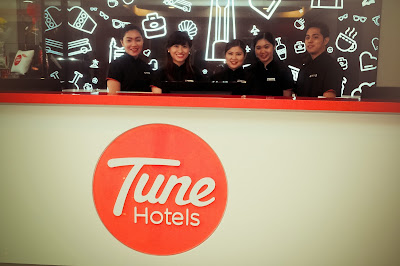 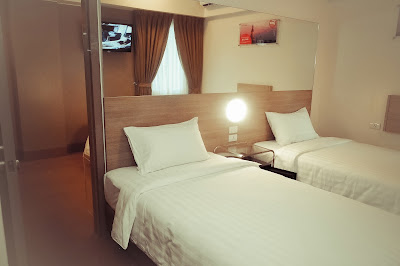 The other Tune Hotels in the country are located in Cebu, Makati, Ermita and Cagayan De Oro. Meanwhile, Red Planet Hotels will open four hotels in Davao and Ortigas (November, 2013), Aseana City (April 2014) and Ayala Avenue (May 2014) taking its Philippines portfolio to ten hotels and 1,724 rooms with more locations currently under negotiation.

Red Planet Hotels now owns and operates 14 Tune hotels with 2,186 rooms in the Philippines, Thailand, Indonesia, Japan and will soon expand the brand in South Korea and Taiwan. Globally, Red Planet Hotels has an ownership interest in 23 operational hotels – with 14 more under development – containing 6,537 rooms.

According to Red Planet Hotels Chief Executive Officer, Tim Hansing, said the Philippines was the “perfect platform” to drive the South-East Asian expansion of Tune Hotels because of the country’s acceptance and embracing of new and inspiring brands that enable travel to the wider population.

“It has been testament to the success of our first five hotels in the country that we stand here today as the largest international hotel owner and operator in the Philippines and that success has further fuelled our desire to have even more hotels here, with four more opening in the coming months.”

Red Planet Hotels is Tune Hotel’s largest global franchise partner and also has a 17% ownership stake in the Tune Hotels company and a seat on its board.

There are also Tune Hotels in Malaysia, England, Scotland and the first in Australia will open next month in Melbourne.

“These are exciting times for Tune Hotels and to have such a close working relationship with their team as their largest franchise partner enables Red Planet Hotels to take the brand to new countries and further cement the beneficial partnership we have established,” Mr Hansing added.
“We are proud of our significant achievement in the Philippines, and with more Tune hotels to come, both in that country, Indonesia, Thailand, Japan, South Korea and Taiwan under Red Planet Hotels’ ownership and management, we are very much looking forward to securing the brand’s position as Asia’s leading value-for-money accommodation.”