Christmas is in the air!

Traditionally, we celebrate Christmas with a bang! With delectable foods in the dining table, great time with our loved ones and remembering Child Jesus’ birth on earth.

There’s a lot of mouth-watering meals for Christmas such as peanut butter polvoron and Lily’s cupcakes as gifts to family and friends. Then settle down with a mug of Lily’s hot chocolate for something comforting during this frosty season.

Here are some yummy recipes from Lily’s Peanut But 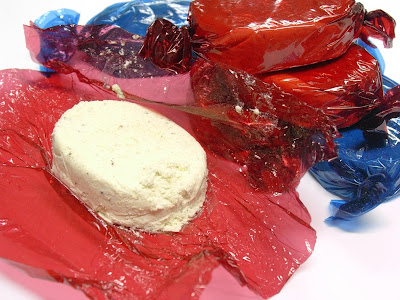 Homemade holiday goodies make for great gifts, like these classic polvoron spiked with Lily’s Peanut Butter.Wrap them in red and white Japanese papers in keeping with the season. Makes about 16 polvoron.

1. Toast the flour in a non-stick pan over medium heat, about 20 minutes. Keep stirring the flour every so often so it will have a uniform, very lightly brown color.
2. Remove toasted flour from the pan and transfer into a mixing bowl. Cool completely.
3. Add the milk powder, sugar, and chopped nuts. Mix thoroughly using a spatula or fork.
4. Add the softened butter, peanut butter and vanilla to the flour-milk-sugar mixture. Mix until blended.
5. Prepare your polvoron wrappers and place them right next to your assembly station so you can efficiently wrap the polvoron after molding to avoid any crumbling.
6. Fill the polvoron molder with the mixture, making sure that it’s firmly packed by flattening it on a flat surface (like a plate or plastic container).
7. Push the handle of the molder and gently release the polvoron on top of the wrapper. Close the wrapper (or when using cupcake liners, arrange them on a platter). 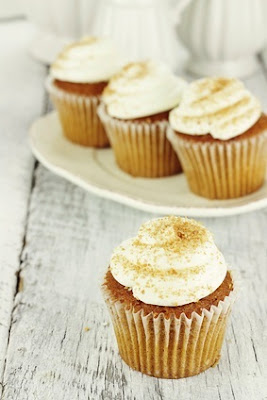 These cupcakes will cheer up the kids (or Santa himself!) as they make their countdown to the twelve days of Christmas. It has a yellow cupcake base with chopped peanuts for crunch. Yummy buttercream whisked with Lily’s Peanut Butter and cinnamon crowns each piece. Makes a dozen cupcakes.

To make the cupcakes:
1. Preheat the oven to 350°F.
2. In a bowl, mix the flour and baking powder together using a wire whisk or fork until well combined. Set aside.
3. In a large mixing bowl, cut the butter into small pieces and beat until creamy using a wooden spoon or spatula for two minutes. Add the sugar half at a time and beat until consistency is light and fluffy.
4. Beat in vanilla extract then add the eggs, one at a time. Add the flour mixture and the milk alternately, beginning and ending with the flour. Beat after each addition. The batter should be smooth and lump free. Stir in the chopped peanuts.
5. Arrange the paper liners on the cups of the cupcake pan. Pour the batter generously but equally on each cup. Bake for 18 minutes. Test the cupcake by inserting a toothpick at the center. It should be clean or have just a few moist crumbs when you lift toothpick. The cupcake will have a rounded top.
6. Cool the pan for 5 minutes before transferring each of the cupcakes to a cooling rack. Cool completely before frosting with the buttercream.

To make the buttercream:

1. In a bowl, beat together the butter and peanut butter using an electric mixer at medium speed for about one to two minutes.
2. Add the confectioner’s sugar and beat until just combined. Pour the cream and vanilla then beat at high speed for three minutes until the mixture is lighter in color and fluffy in consistency. Stir in the cinnamon.
3. Spread or frost the buttercream immediately on top of the cupcakes. For variation: you can also split the cupcake in the middle and fill it with the buttercream. Return the top of the cupcake and frost, if desired.
4. Arrange some candy-coated chocolates or chocolate chips on top of the frosting for a more festive look.

Baker’s notes:· Store the cupcakes in an airtight plastic container at room temperature (not in the refrigerator, which will dry them out) for 2 days. You can also freeze them (without the buttercream) for one week. Just make the buttercream on the day you’re serving the cupcakes.
· Store any leftover buttercream in an airtight container in the freezer up to 2 days. Make sure to wrap it well so it doesn’t absorb any smells from the other food in the fridge. Re-beat before using. 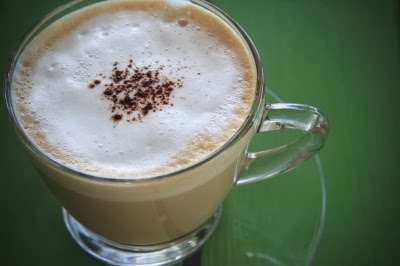 Keep the tradition by making a cup of hot chocolate this time of the year. Stir in some Lily’s Peanut Butter and cinnamon into the chocolate for a little surprise. With a cloud of peanut butter cream melting on top, you’ll find this version as comforting. Makes 3 cups.

For the hot chocolate:

To make the hot chocolate
1. Combine milk, water, sugar, cinnamon, vanilla, and cocoa powder in a deep saucepan.
2. Bring to a boil in medium heat, stirring continuously until blended. Turn off the heat. Stir in the peanut butter until well combined. Pour in three mugs.
3. To serve, pipe or spoon chilled peanut butter whipped cream on top. Sprinkle with more cinnamon, if desired.

1. Unwrap the suman sa ibos. Cut into small bite-size pieces.
2. Drizzle Lily’s Coco Jam on top of the suman.
3. Stick a toothpick one each sliced suman and serve immediately.