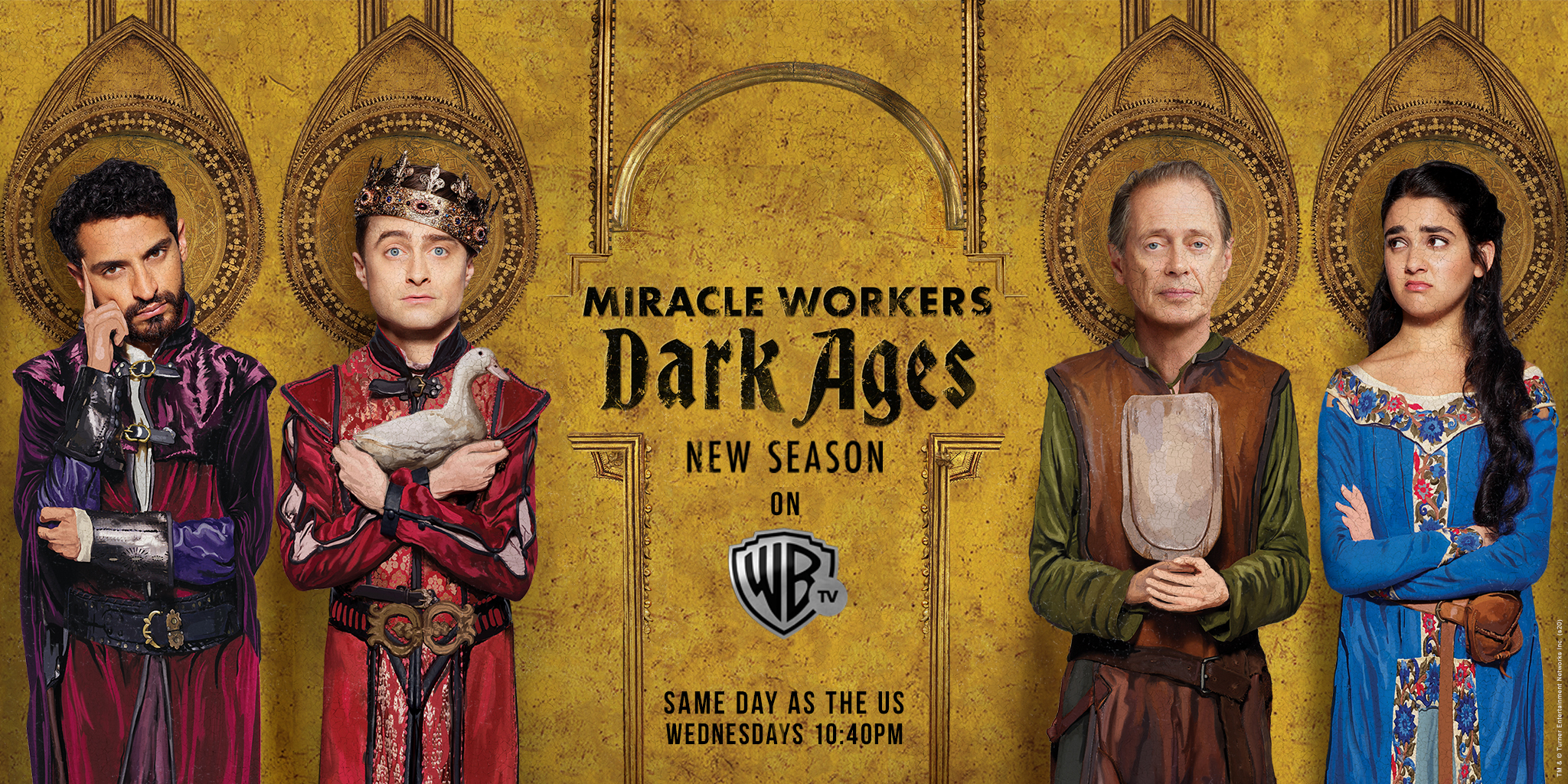 They called that period in history the “Dark Ages” for a reason. Now, from the creator of the long-running comedy Saturday Night Live, Lorne Michaels, comes a black comedy set in medieval times starring Daniel Radcliffe and Steve Buscemi.

Radcliffe plays a prince with an existential crisis. While Buscemi is a peasant with the worst name and the worst job in the village—but he still manages to keep his head up!

Miracle Workers: Dark Ages Anthology, created by Simon Rich, is an irreverent look at a point in time about which we know very little and one that is vastly different from everything we know in our contemporary world today.

If you guffawed at the TBS Original series’ season 1 of Miracle Workers, then get ready for more laugh-out-loud moments whether you’re watching, alone or with your friends, the same cast. In season 1, they had the enormous task of saving the world. What will this rowdy bunch of talents tackle next? Find out when the series premieres on January 29 at 10:40 pm on Warner TV. We dare you to keep a straight face through each of the 10 episodes!