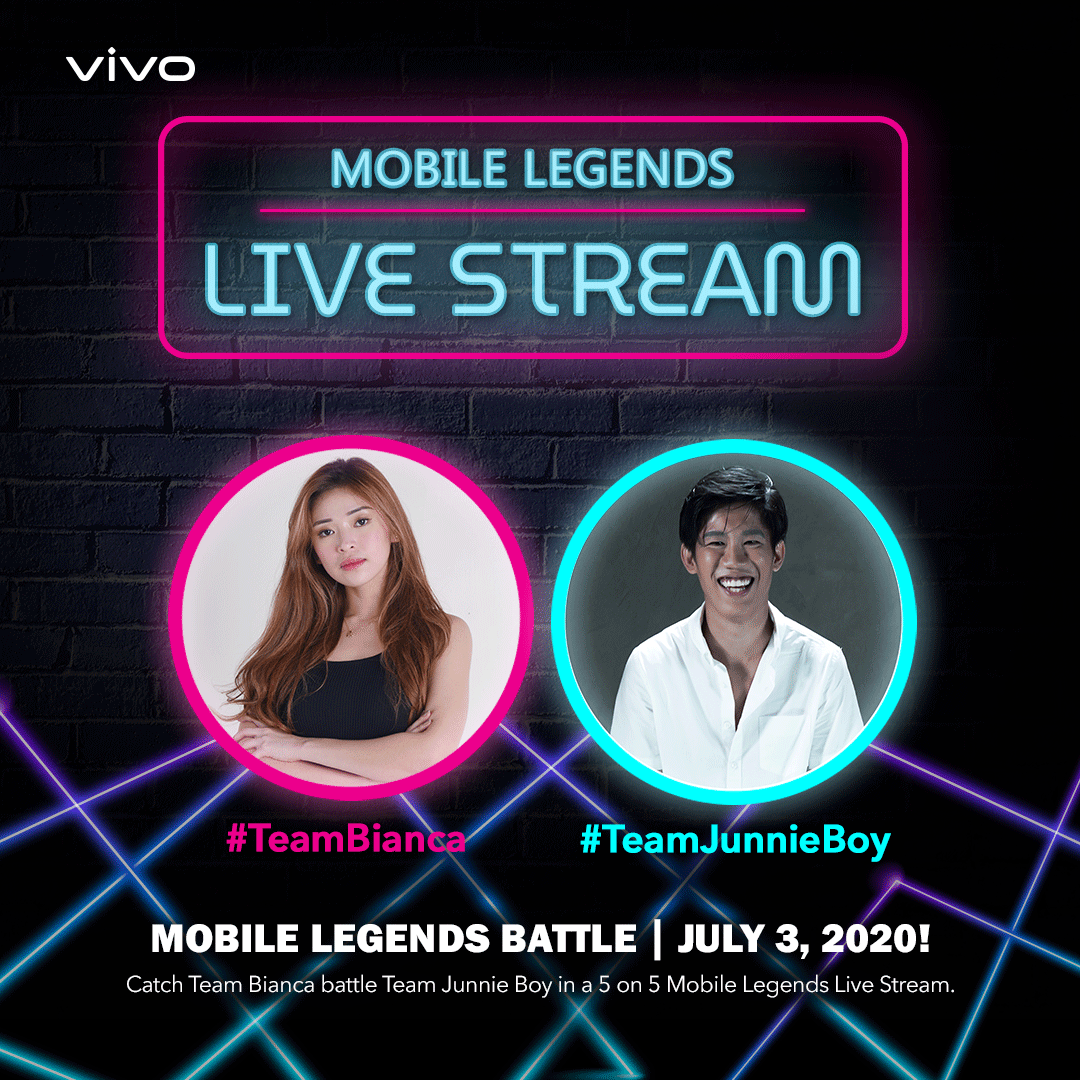 Professional gamers Junnie Boy and Bianca Yao are set to face-off and showcase their Mobile Legends: Bang Bang skills as they test the gaming features of the vivo V19 Neo. The Mobile Legends Live Stream event will also see the top vloggers captaining their respective teams. The match will be livestreamed by vivo Philippines on its Facebook page on Friday, July 3 at 7 PM (PST). Junnie Boy and Bianca Yao will also host livestreams on their Facebook channels which have 2.65 million and 96,000 subscribers, respectively.

Two gamers can get a chance to play in the Mobile Legends Live Stream and win exciting prizes. They just have to “like” the vivo Philippines’ official Facebook page, take a selfie, comment why they want to be part of #TeamJunnieBoy or #TeamBianca on the post, and share this using the hashtags #IgniteYourNight, #vivoV19NeoMLLiveBattle.

The brand will also give away vivo merchandise, including a vivo S1 Pro Bluetooth headset, to lucky viewers who will tune in to the livestream. The winners will be announced after the online event.

Since its release in 2016, Mobile Legends has become popular in Southeast Asia and was among the games included in the first-ever esports competition at the 2019 Southeast Asian Games held in the Philippines.

A mobile multiplayer online battle arena (MOBA) game, Mobile Legends has been designed for smartphones with gaming features such as the new vivo V19 Neo.

The latest gaming flagship handset of vivo, the V19 Neo features an Ultra Game Mode which makes for totally undisturbed playing by blocking messages and alerts, for a fully immersive and engaging game. It is also equipped with AI Turbo, Center Turbo, Game Turbo, Net Turbo, Cooling Turbo, and ART++ Turbo. These are multi-turbo functions that offer an elevated and exciting gaming experience especially when playing Mobile Legends and other mobile games.

The midrange smartphone also has a dual-engine fast-charging 4500mAh battery that powers a Qualcomm Snapdragon 675 AIE and 8GB RAM and 128GB ROM, to enable users to play their favorite graphics-heavy mobile games for hours.

The V19 Neo is available in Crystal White and Admiral Blue colorways, for only P17,999 at authorized Vivo stores nationwide. To know more about the vivo V19 Neo, visit vivo Philippines’ website.