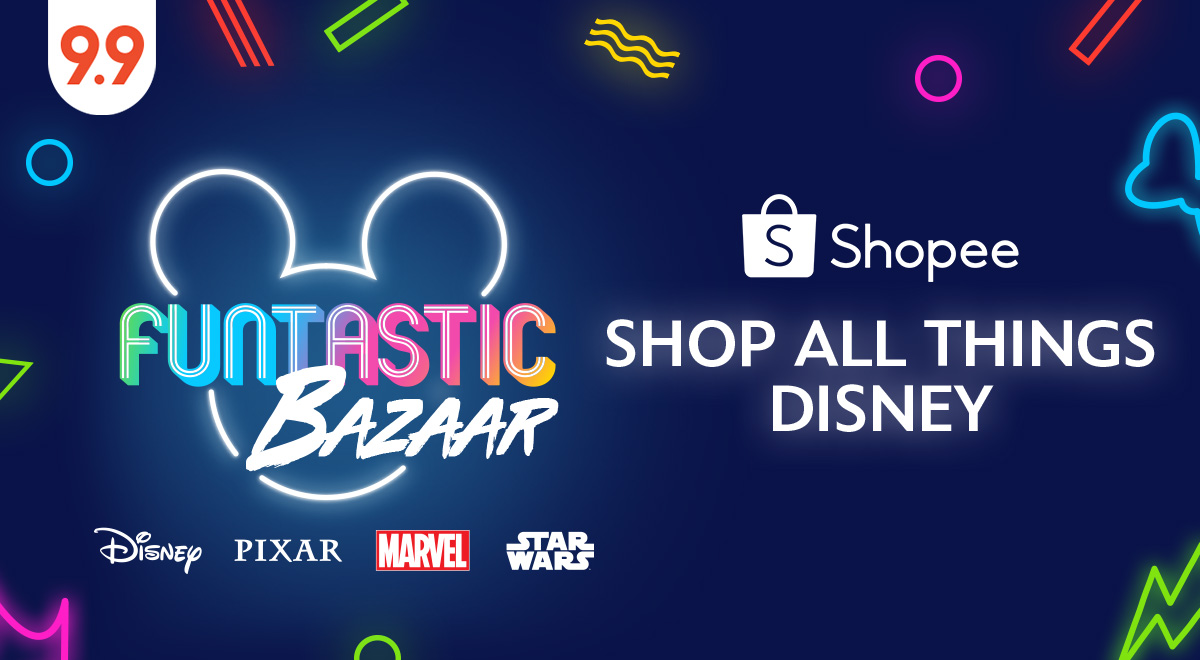 Shopee, the leading e-commerce platform in Southeast Asia and Taiwan, collaborates with The Walt Disney Company Southeast Asia, to bring the well-loved Disney Funtastic Bazaar online at its 9.9 Super Shopping Day. This partnership demonstrates the efforts of Shopee and Disney to reach, engage, and capture a growing proportion of digital consumers in the region. From August to September, Shopee users across Southeast Asia can look forward to an exceptional line-up of exciting promotions at the Disney Funtastic Bazaar. In the Philippines, the campaign will take place until 30 August.

In the past few years, the number of digital consumers across Southeast Asia has grown rapidly and is estimated to continue flourishing to reach 310 million by 2025. Coupled with the ongoing Covid-19 pandemic which has propelled shifts in lifestyles, even more consumers are turning to e-commerce to fulfil their shopping needs. This presents an immense opportunity for brands and retailers to venture into or expand their businesses online, in order to capture this growing proportion of online-first consumers and future-proof their operations.

Ian Ho, Regional Managing Director, Shopee, said, “In the past few months, the growth of e-commerce has accelerated significantly. Today, e-commerce is no longer the exception but the norm. This is why we are excited to collaborate with Disney to bring the popular Disney Funtastic Bazaar on Shopee, which will feature exclusive Disney-themed content, in-app games, and live streams. By merging Disney’s fan-favourite characters and stories with Shopee’s wealth of insights on online shoppers, we strive to recreate the Disney experience that is loved by millions on Shopee, and to deliver a fun, engaging and an unforgettable experience for Disney and Shopee fans alike.”

“We are committed to bringing the magic of Disney, Pixar, Marvel, and Star Wars to the daily lives of families and fans everywhere, and are excited to be working with Shopee to launch Disney Funtastic Bazaar across Southeast Asia. For the first time, the widest curated selection of Disney licensed merchandise will be available online, in one place, bringing convenience and fun to more fans in Southeast Asia with engaging virtual retail experiences,” said Dan Dossa, Vice President & General Manager, Consumer Products Commercialization, The Walt Disney Company Southeast Asia, India, Middle East and North Africa.

From now until 30 August, Disney Funtastic Bazaar will feature a week of non-stop excitement including exclusive Disney-themed clothing apparel, bags, footwear, and more on Shopee in the Philippines. Here are some promotions and discounts featuring beloved stories and characters from Disney, Pixar, Marvel, and Star Wars, including:

Find out more about Disney Funtastic Bazaar at https://shopee.ph/m/mall-daily-offers.

Download the Shopee app for free on the App Store or Google Play Store.