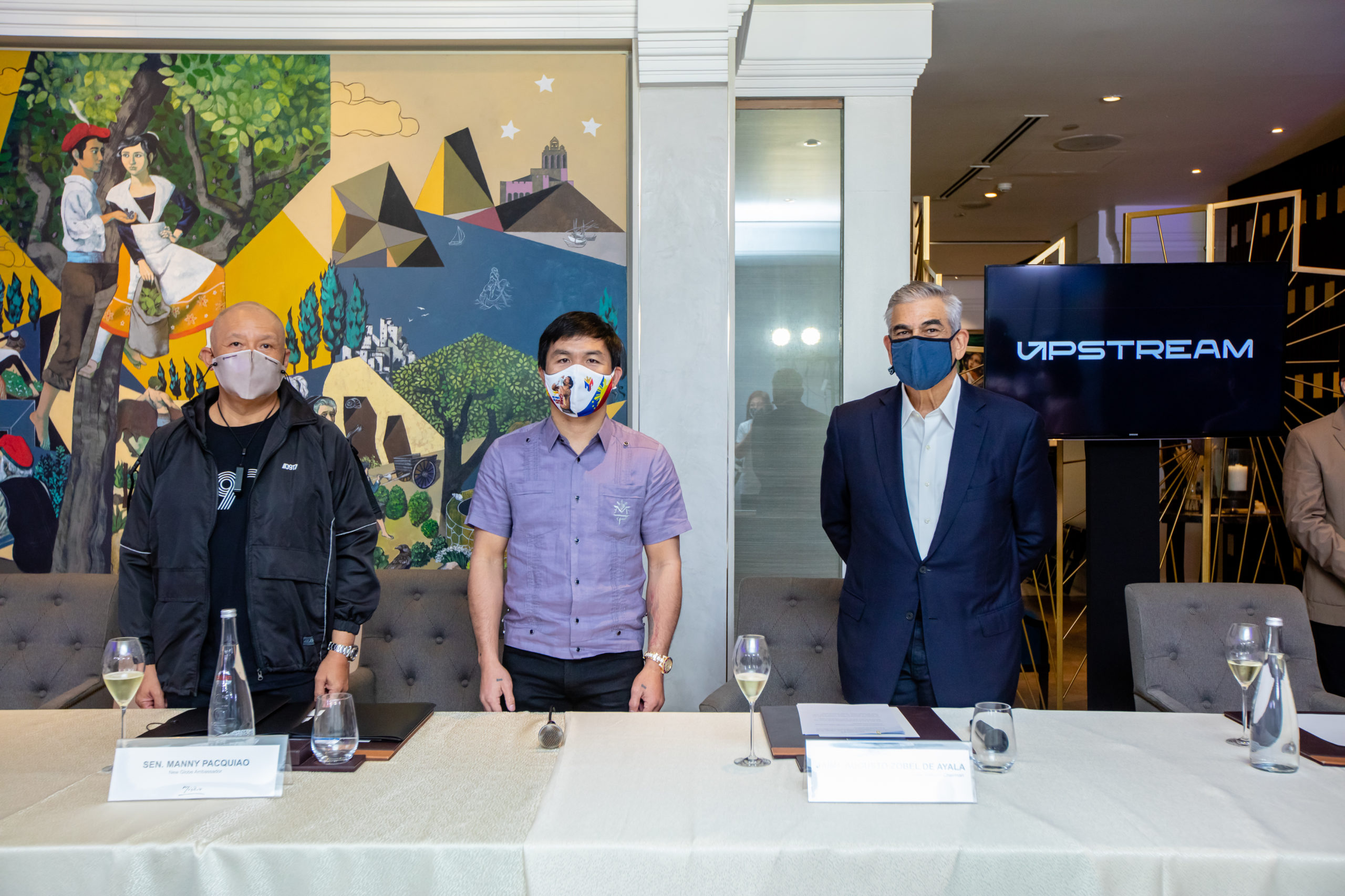 Globe announced that it has partnered with twelve-time, eight-division world champion, Manny Pacquiao, as its brand ambassador. The partnership is in line with the telco’s position to stay closer to its customers who are reeling from the impact of the pandemic and the current economic downturn. “Manny is the epitome of a true global Filipino, a homegrown talent who rises above challenges to bring pride to the country. Much like Manny who remains unfazed by the challenges of this pandemic, Globe has remained steadfast in providing Filipinos with digital solutions, mobile and internet services that have become lifelines under the new normal,” says Ernest Cu, Globe President and CEO. “Globe has always been an active supporter of local talent.  Globe and Manny share a common desire to uplift people’s lives, which makes him a fitting ambassador for us,” Cu adds.

Also attending the signing ceremony is Globe Chairman and Ayala Corporation CEO Jaime Augusto Zobel de Ayala. “At a time when the country is facing so many challenges, Manny’s life story has remained a source of inspiration for every Filipino even in this time of pandemic – a constant reminder of the Filipino’s strength, talent, and tenacity to overcome every difficulty,” says Ayala.

Globe also announced that the partnership will pave the way for Manny’s upcoming fights to be made exclusively available for streaming live in the Philippines on the internet through Upstream in partnership with GMovies.  Upstream is the newest transactional video-on-demand (VOD) platform. With these digital platforms available, more Filipinos will be able to enjoy Manny’s live fights, often considered as a national spectacle.

“It is indeed a source of pride to partner with Manny Pacquiao, the People’s Champ. His legendary boxing career is a never ending source of Pinoy inspiration to always strive to be better,” says Upstream partner Dondon Monteverde. “This same inspiration goes in line with our vision for Upstream to become the best entertainment platform for the Filipino. It is with great privilege and honour that Upstream will air his next fight through live internet streaming to the Filipino People,” Monteverde adds.

Globe is a signatory to the United Nations Global Compact and has committed to implement sustainability principles hinged on four pillars including One Digital Nation, Care for the Environment, Care for People and Positive Societal Impact. Globe is actively supporting 10 UN Sustainable Development Goals.