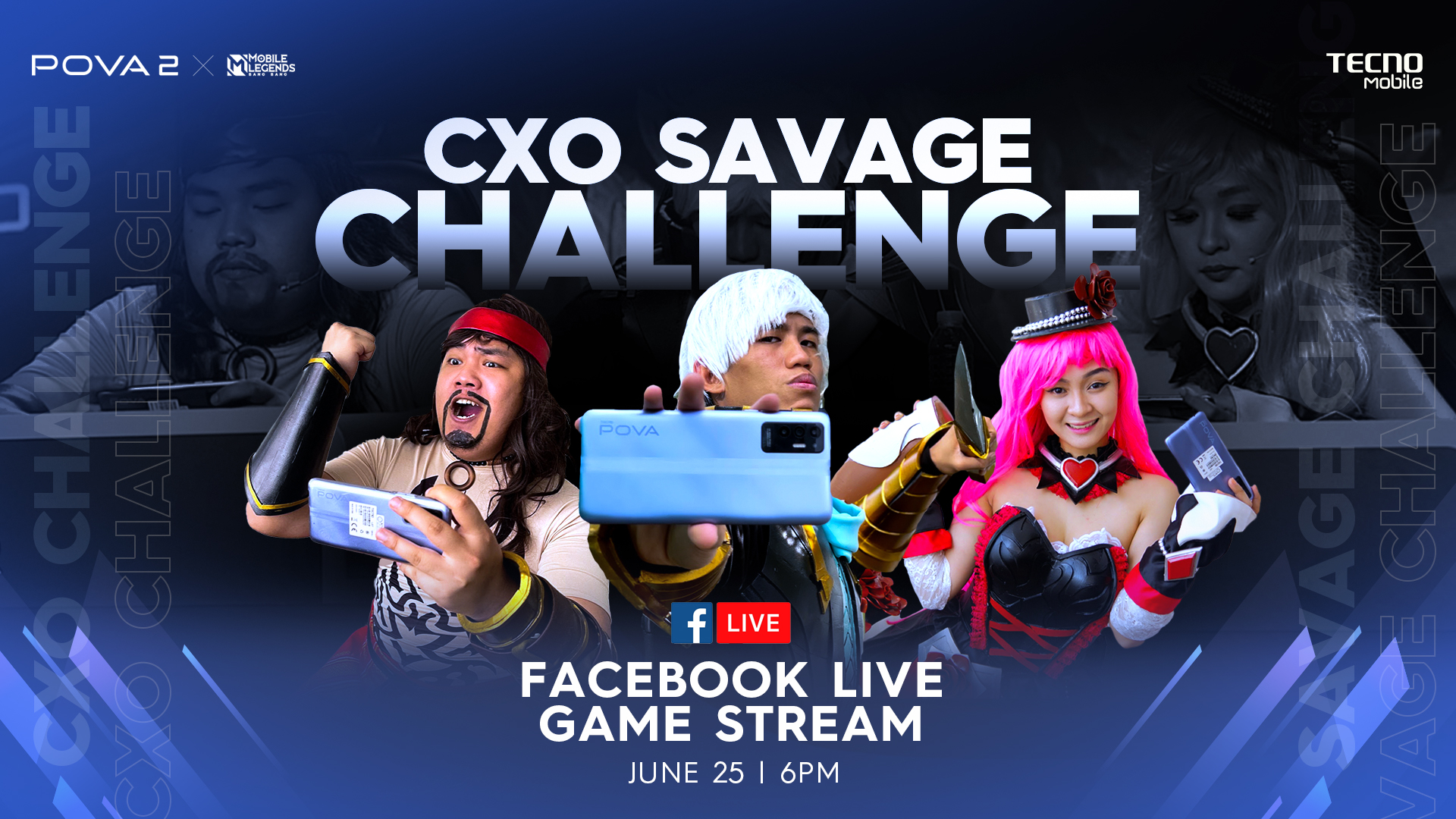 Following the success of the first POVA 2 and Mobile Legends Bang Bang live stream event earlier this month, the partnership is back with another round of exhilarating mobile gaming and loads of prizes to be won. A second powered-to-win gaming event will be streaming live on premium smartphone brand TECNO Mobile’s Facebook Page on June 25, 2021 at 6 PM. Top mobile gamers, Kay Ann Monsalve, Ghostwrecker and Junnie Boy, who were part of Team POVA during the first livestream show match will be back, this time as special guest shoutcasters. Donned in their cosplay gear, the guest gamers will also be joined by event host Phaister for the livestream, which will once again showcase the power of POVA 2, the ultimate smartphone for playing the popular multiplayer online battle arena (MOBA) game, Mobile Legends: Bang Bang (MLBB).

Also to be featured at the event is the awarding of winners of the TECNO Mobile Savage Challenge. It takes the perfect combination of a great game and a powerful smartphone to achieve a savage kill, or the ability to defeat 5 enemies at once. Challenge participants showed off their impressive gaming skills, and celebrated their victories by posting their Mobile Legends savage kills on TikTok and Facebook. POVA 2 smartphones and MLBB Diamonds will be given as prizes to the challenge winners. POVA 2 is powered by a Helio G85 Gaming Processor and System Turbo 2.0, with an ET Game Engine that boosts a player’s ability to win, plus a super large 7000mAh battery, making it a gameplay enhancer that allows even novices to play like gods. POVA 2 key features include:

POVA 2 is available at the TECNO Mobile’s Flagship Store in Lazada, and TECNO Mobile PH Official Store in Shopee Mall, as well as partner retailers, at the affordable price of Php7,990.

Check out the power-packed livestream event on June 25th, and experience how #TogetherWeAchieveMore with TECNO Mobile and Mobile Legends: Bang Bang. Over 75 prizes will be given away to lucky viewers, including POVA 2 units and Mobile Legends Diamonds and Game Skins.

To stay updated on exclusive deals and promos, be sure to like and follow TECNO Mobile Philippines. Visit www.tecno-mobile.com/ph to learn more about your favorite smartphones and gadgets.