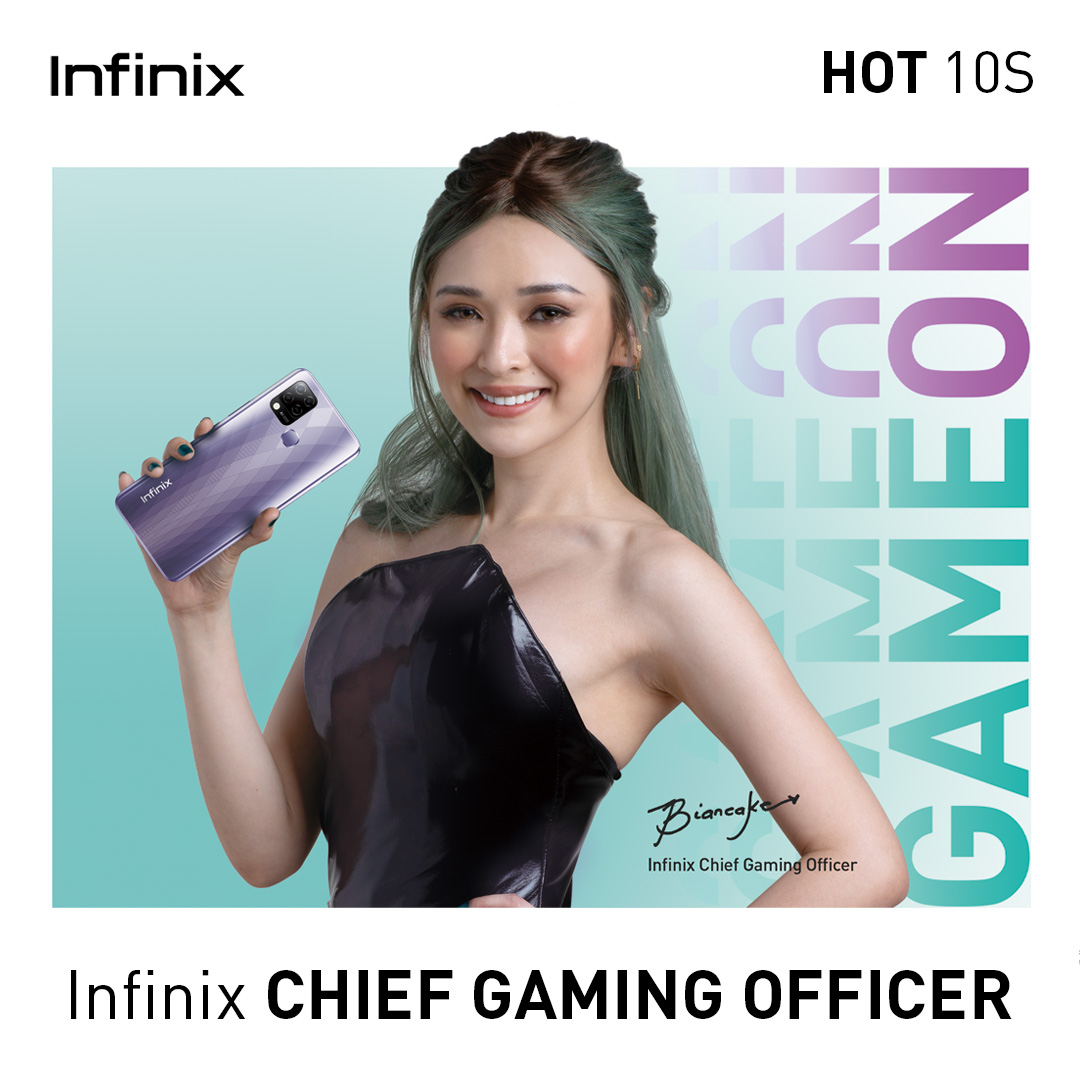 Global technology brand Infinix, known worldwide for its line-up of powerful smartphones at attractive pricing, recently hired Bianca “Biancake” Yao, a pioneering gamer and emerging creator, as its first-ever Chief Gaming Officer for the Philippines. The announcement of this partnership coincides with Yao’s tenth anniversary in the local gaming scene, as well as the brand’s upcoming launch in the country of its renowned Infinix HOT 10S, packed with a MediaTek Helio G85 gaming processor, an ultra-smooth 90Hz display, a 48MP triple camera with Super Nightscape imaging, and long-lasting 6000 mAh battery. “Infinix has made a name for itself in markets around the world as one of the top smartphones preferred by mobile gamers, with processors, displays, and specs optimized for the most demanding gaming titles–without breaking the bank,” Cooper Ma, Infinix Country Manager for the Philippines, said. “As we further strengthen our presence in the country, we want to reach out and support the growing number of Filipino mobile gaming enthusiasts and professionals. We have tapped Bianca Yao to be our Chief Gaming Officer to help us engage with the local gaming community and showcase how our devices can support their lifestyles, passions, and aspirations.”

As Infinix’s Chief Gaming Officer, Yao will leverage her position to show how gaming can foster close friendships and genuine connections, even at a time of social distancing. “With Infinix and its exciting line-up of gaming smartphones, I will work to entice more people to experience the joys of socializing through games and cultivate the camaraderie in the community,” she said. With Filipinos stuck at home due to lockdowns, mainstream acceptance for mobile gaming has increased, with over 90% of Filipino internet users saying they have played games on their smartphones in the past year, according to We Are Social and Hootsuite. Its competitive pillar, e-sports, has been recognized as an official sport by the government and its players as national athletes. Educational institutions have started introducing mobile gaming and esports courses in their curriculum.

As the gaming scene in the Philippines matures, Bianca believes that it can evolve from simply being a fun community into a sunshine industry that can employ Filipinos, even during the pandemic. “As a gamer myself, I dream that gaming would open more doors of opportunities for everyone. Gaming has transcended its initial purpose of being a source of entertainment and has shown the great potential of being a career, be it in the frontend or backend of the business. I am a living testimony of it, along with my fellow gamers.”

Infinix also believes that the world is barely scratching the surface of what can be possible in the gaming and esports landscape. “Gaming is the next frontier in consumer technology in both developed and emerging markets. In the Philippines and the rest of the globe, it is capturing both the time and imagination of more people, especially of the youth. As we see gamers around the world continue to grow, Infinix is committed to continue investing in innovations in gaming smartphones, not just to advance performance and user experience, but also make them more accessible and affordable,” said Ma.