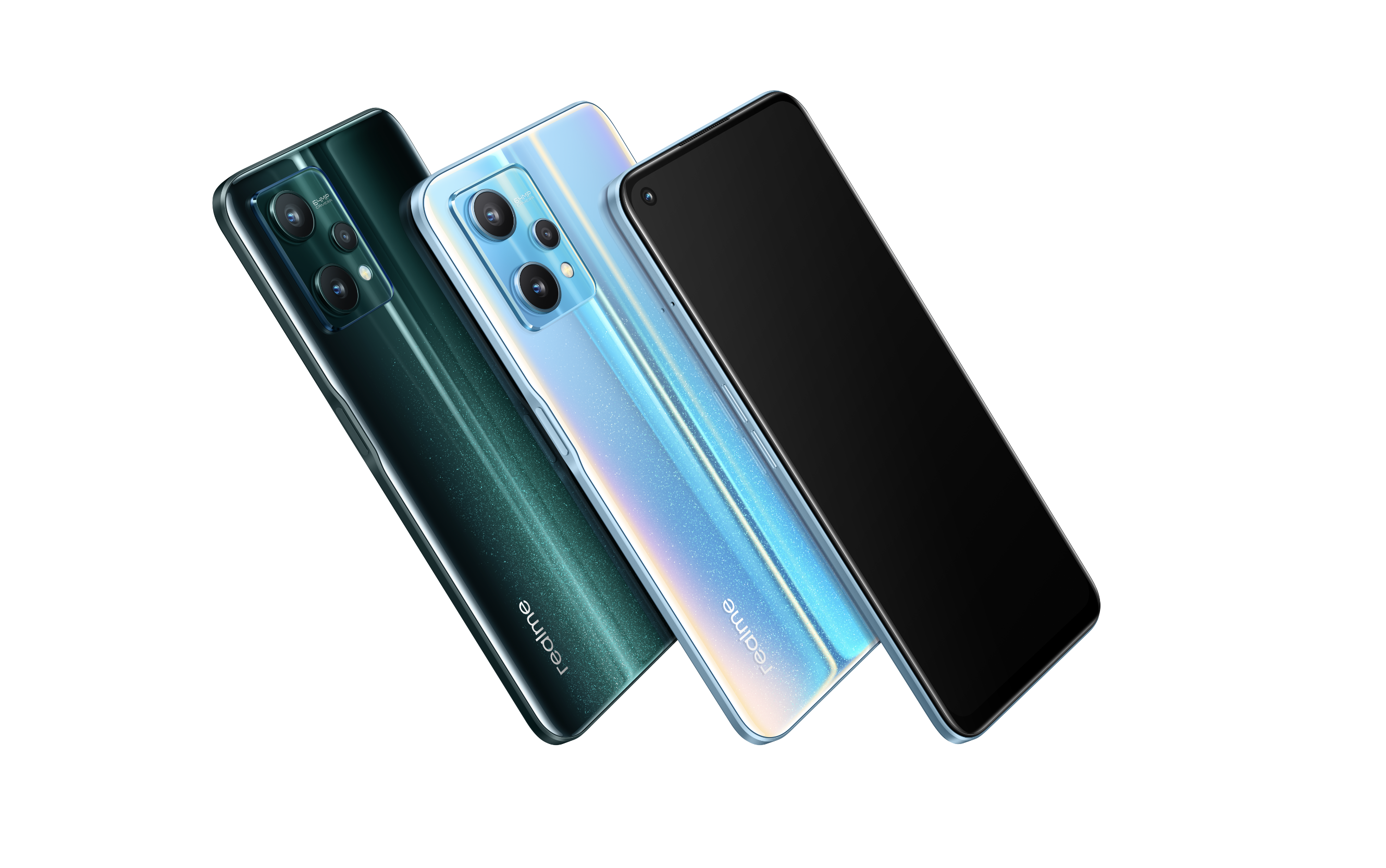 realme, the PH’s no. 1 smartphone brand for 2021 (based on Canalys sell-in data Q1-Q4 2021) and the world’s fastest-growing smartphone brand, launched the realme 9 Pro Series globally today via a livestream event. 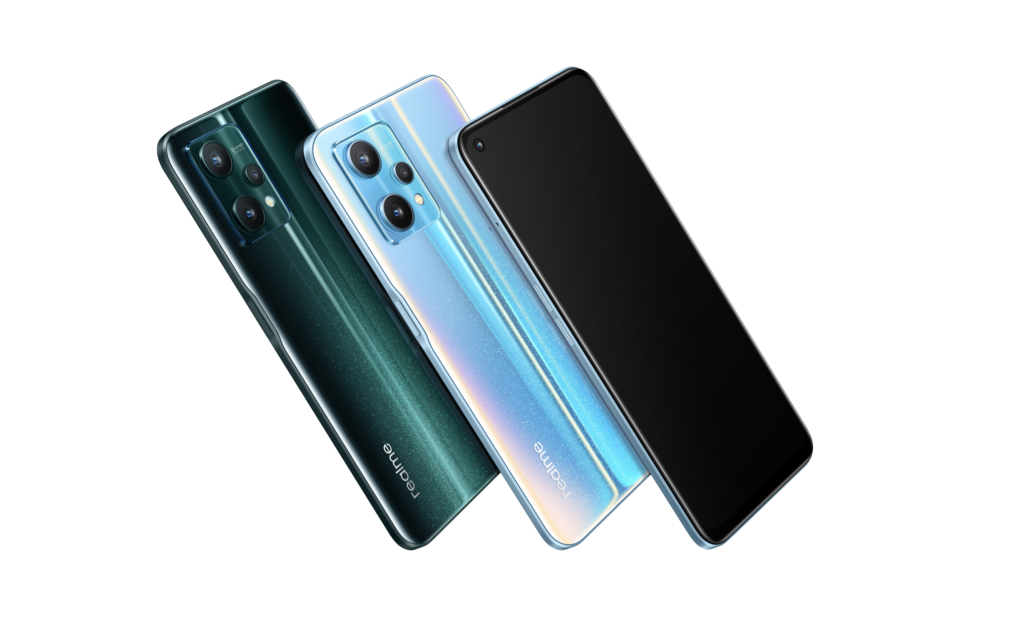 The realme 9 Pro Series is the latest addition to the brand’s hero smartphone lineup. It is headlined by the realme 9 Pro+ which features the first Sony IMX766 OIS camera in its segment, along with the Dimensity™ 920 5G processor, Dolby Atmos dual stereo speakers, a mind-blowing Light Shift design, and 90Hz Ultra Smooth Display, among many others.

The realme 9 Pro, on the other hand, boasts the Qualcomm Snapdragon 695 5G processor, a 64MP Nightscape Camera, and 120Hz Ultra Smooth Display.

As the latest iteration of the realme Number series, the realme 9 Pro+ adopts the best camera technology in its segment. Equipped with ProLight Imaging Technology powered by the Sony IMX766 flagship sensor, OIS & EIS dual stabilization, and AI Noise Cancellation 3.0 Technology, the realme 9 Pro+ offers the best image quality in segment which can go head-to-head with other premium flagship phones, based on the recent realme Camera Lab experiment.

In addition, the realme 9 Pro+ also boasts outstanding performance as it is among the first smartphones to feature MediaTek® Dimensity™ 920 5G processor, with a benchmark score of over 500,000. Its screen is made of Super AMOLED material and supports a high refresh rate of 90Hz, providing brilliant colors and an incredibly smooth display, with an in-display fingerprint sensor that can detect heart rate.

Designed by the realme Design Studio™, it comes in three color variants, bringing an inspiring color-shifting design to the smartphone industry dubbed as the Light Shift Design. Together with other features such as Dolby Atmos dual stereo speakers, X-axis motor tactile engine and 60W Super Dart Charge, the realme 9 Pro+ is designed to deliver an overall flagship-level experience.

The most powerful 5G performance in its segment – realme 9 Pro

As the standard edition in the powerful realme 9 Pro Series, the realme 9 Pro is also a performance powerhouse in its segment. Equipped with the Qualcomm® Snapdragon™ 695 5G processor, up to 13GB Dynamic RAM, and a liquid cooling system, the realme 9 Pro can deliver incredible capabilities. It also features the advanced Light Shift design and a powerful 64MP Triple Camera with exclusive Street Mode 2.0. It also features a 3.5mm Hi-Res Certified Headphone Jack and the latest realme UI 3.0 based on Android 12. 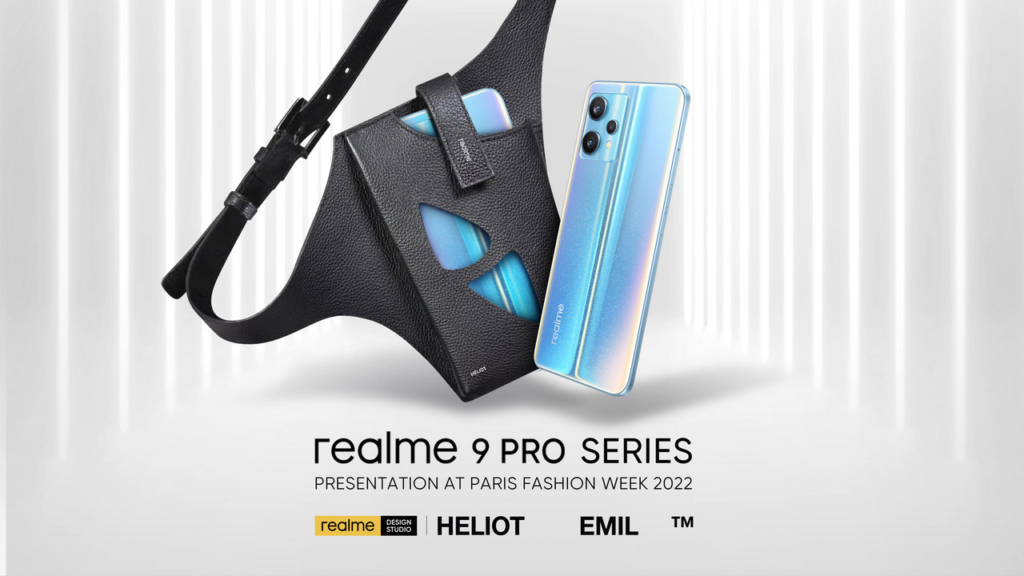 As part of the realme 9 Pro Series launch, realme announced the founders of fashion label HELIOT EMIL have become the Guest Designers of realme Design Studio. The partnership with the fashion brand aims to make waves in the design world by uniting technology and fashion in a trendsetting approach. The Light Shift design of the  realme 9 Pro Series will lead the trend of smartphone design as it will be the first smartphone to debut  in Paris Fashion Week 2022.

realme Design Studio is an independent design team of realme, specializing in the industrial and visual design of realme products. As the first mobile design studio in the industry, realme Design Studio’s previous collaborators include Naoto Fukasawa and Jose Levy, who have contributed their expertise to realme by designing trendsetting new products in partnership with the brand. The creation of realme Design Studio aims to build realme’s brand image of being a technology innovator and providing young people around the world with trend-setting product and visual design that exceed expectations.

Free Fire, one of the world’s most popular mobile games, is the world’s most downloaded game in 2019 and is loved by young players worldwide. This time, to bring a high-powered 5G gaming experience to Free Fire players, realme also announced that it will join forces with Free Fire to release the co-designed realme 9 Pro+ with more surprise customization features, set to be introduced to the market in April this year.

Currently, there’s no word on the availability of the realme 9 Pro Series in the Philippines. In the meantime, you can know more about realme’s latest innovations by staying tuned at the realme PH Facebook page at http://facebook.com/realmePhilippines or visiting the official realme website at https://www.realme.com/ph/.