Produced by Liza-Marie’s Global Productions, The Itchyworms Live at Metrobar will showcase the band’s impressive body of work, which dates back from the band’s early years in 1996 where they headlined some of the hottest bars and nightspots of Manila. 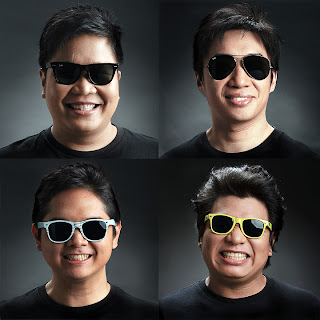 The Itchyworms is composed of Jugs Jugueta on vocals and guitar, Jazz Nicolas on vocals and drums, Chino Singson on guitar, and Kelvin Yu on vocals and bass. The Itchyworms has released three successful mainstream, full-length studio album namely Little Monsters Under Your Bed, Noontime Show and Self-Titled, which produced such hit singles as “Beer,” “Penge Naman Ako Niyan,” “Akin Ka Na Lang,” and “Suplado Ka Pala Sa Personal” among many others which served as the official theme songs of the band’s generation.

The band’s current single “Gaano Kita Kamahal,” is a remake of Levi Celerio’s classic kundiman song and is currently on the top of charts of Manila’s hottest radio stations and music video channel Myx. Joining The Itchyworms as their special guests are rock icons Ebe Dancel, Francis Reyes of The Dawn, and Joey Pepe Smith.