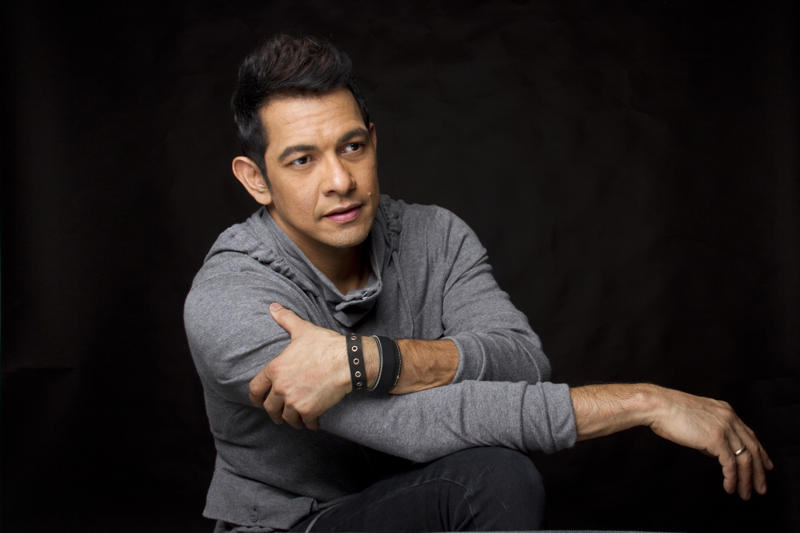 GARY V opens the summer season with a series of 8 concerts at the Music Museum, marking his 29th anniversary in the industry and the 25th year of his company Manila Genesis Entertainment & Management, Inc. Stricken by Type 1 juvenile diabetes for 30 years now, this unmatched performer has been a shining beacon of inspiration in the country and he remains complication-free and still, on top of his game. Gary has consistently inspired his millions of fans through his craft as a singer, musician, songwriter, video producer, dancer, actor, musical arranger and a multi-awarded television host/performer for 9 years on the undisputed top-rating musical variety show, “ASAP.”

After visiting typhoon victims in Cagayan De Oro and Iligan for UNICEF, Gary V jumpstarted the year with a new segment on “ASAP 2012” entitled “With Love: Gary V” – a spin-off of his platinum CD under Star Records and his much-talked about television special which aired seven times on ABS-CBN and MYX in 2011 and twice on The Filipino Channel. The segment features Gary as he showcases stories of love, forgiveness, redemption, and faith while he sings songs that celebrate the beauty and goodness of humanity. “With Love Gary Valenciano,” the CD compiles the soap opera and movie theme songs which he performed and recorded for ABS-CBN and Star Cinema. Just this March, Gary, together with the ASAP team, flew to Cagayan De Oro to shoot a video with a courageous flood victim for his segment. All these efforts let led to “On Higher Ground,” a fundraiser for UNICEF and the Shining Light Foundation, two faithful partners dear to Gary V, who has been National Ambassador for UNICEF for 14 years now.

In his stellar career, one of Gary’s most celebrated corporate relationships was with Coca-Cola with whom he had a contract for over ten years. Two years ago, he was tapped to launch their refreshing product, Real Leaf, and this year was invited again to record “Tuloy Ang Happiness” the 100th Year official anthem of Coca-Cola with Sarah Geronimo and Someday Dream, with powerful appearances at the Gala Night at Makati Shangrila as well as the “Concert Ng Bayan” at SM MOA last March 26.

The country is excited for Gary’s much awaited return to the silver screen via an upcoming movie under Straight Shooters Media entitled “I Do Bidoo Bidoo” which he will star in together with Zsa Zsa Padilla, Eugene Domingo, Sam Concepcion, and Ogie Alcasid. He has appeared in 13 films for Regal Films, Seiko Films, Viva Films, and Star Cinema. For his concert series at Music Museum, fans can look forward to witnessing Gary V in his best element as he performs his greatest hits as well as some of today’s hottest chart-toppers, party anthems, and homegrown favorites. Fans can also expect groundbreaking and pioneering technology and excellent audio-visuals through their corporate partners Videosonic and Soundcheck.

“I’m very excited and at the same time a bit nervous because we have come up with new routines and a lot of surprises for this series,” says Gary. “I am particularly excited for our opening production number. It will be awesome. I really hope it works the way I envisioned it. ” Gary V will be performing with two world-class musicians, Awit Awards 2008 Best Female/Best New Female Singer Julianne and Juan Miguel Salvador, formerly of Rage Band and now the musical director of Authority, which r epresented the country in the 2005 Global Battle of the Bands in London.