Jan 14, 2013
Last December, an all volunteer effort was launched to share the Christmas spirit with over 150 children of the Virlanie Foundation. 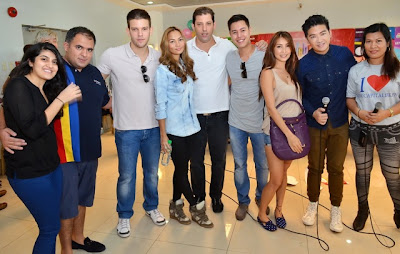 The effort is part of Capitalife Lending Inc., Buyacar and Esquire Financing Inc.’s outreach programs to support foundations devoted to the welfare of underprivileged children, including those who have been abandoned, abused and orphaned. According to Capitalife Lending Inc’s CEO Steve Borsuk and Esquire Financing Inc’s President/CEO Rajan Uttamchandani, “Giving seems to be more meaningful when you see the smiles in these children’s faces.”
The three financing companies commit to supporting similar programs through various contribution streams.  “We have decided to devote portions of our loans as commitment towards social responsibility and community improvement starting this 2013,” added Capitalife CEO Steve Borsuk.
Hosted by Virlanie Foundation Ambassador Tim Yap, the Christmas party was attended by volunteers from Capitalife personnel, staff and the management, led by VP Amit Borsuk, VP-Operations Jellilian Del Monte, and Buyacar Director Avraham Shelli. Special guests Solenn Heusaff and Bianca King added cheer as they were greeted and welcomed by the children, who also enjoyed gifts.
by Eccentric Yet Happy