Aljur Abrenica, primed for the big leagues in 2013

After a successful turn in GMA-7’s remake of the Koreanovela hit Coffee Prince, Aljur Abrenica is making another bid for the big leagues this 2013! 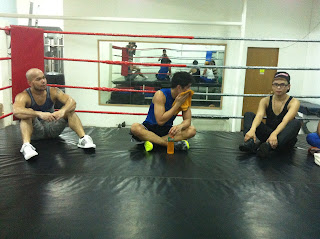 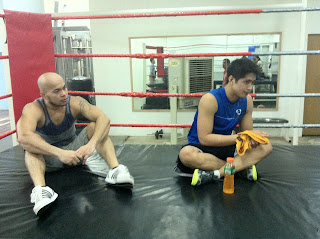 For this year, Aljur’s stardom continues to rise. Aljur’s fans need not worry since he has a stable line-up of projects that will keep on surprising everyone. Starting with a powerful love story in GMA News TV’s ‘Wagas.’ In his feature episode, Aljur plays a man who falls in love with a midget, out to show everyone that his love for the little woman is pure and true.

Following this, Aljur reunites with director Maryo J. delos Reyes for a special Magpakailanman episode featuring the life story of an independent actor who had to resort to the flesh trade to feed his children.
Since being launched as a viable leading man by home network GMA 7, Aljur has definitely made improvements in his craft. So much so that GMA is entrusting him once more with a prime role in its biggest project: Indio.

Aljur will join the historical-fantasy program as a datu who will come up against an empowered Juancho (Michael de Mesa). Displaced by the Spaniards, he will find himself joining a group of rebels who will rise against the oppressive forces of the foreigners–fighting alongside the titular Indio, Malaya (Bong Revilla, Jr.).
The actor admits to feeling immense pressure in joining the ranks of a critically-acclaimed program, especially with him coming in midway into the show’s run, and yet stepping up to the headlines with lead actor Bong Revilla, Jr. Yet at the same time, Aljur is ready to show his fans and detractors that he has made vast improvements in his acting skills.

All this, of course, is also in preparation for a new program that will once again feature him alongside long-time screen partner Kris Bernal. Having already starred in numerous programs together, Aljur is taking his partner’s time off to gain new experiences that will help him in creating a new Aljur Abrenica, and in making viewers everywhere to fall in love with him again.