DOTC assures the public in making their trips more efficient

Jun 30, 2013
An exhaustive, two (2)-year effort to gather and organize previously-unavailable data on buses, jeepneys, and trains in Metro Manila has been completed by the Department of Transportation and Communications (DOTC), now making it possible for commuters to plan their trips more efficiently and conveniently. 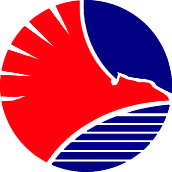 The initiative of building the Philippine Transit Information Service (PTIS) began in 2011, at a time when the Transport agency could not immediately provide certain essential information to commuters, such as the best route to take at a particular time, as well as the travel times involved.
“The need to gather reliable data at that time in order to deliver convenient and efficient services to the public was immediately recognized and pursued,” explained DOTC spokesperson Migs Sagcal.
Using Global Positioning System (GPS) technology, the DOTC gathered data on more than nine hundred (900) bus, train, and jeepney routes.  It also collected useful information such as the fares and amounts of time required to take these various modes of transport.
Following this, the data was organized and analyzed by the DOTC along with other concerned offices such as the Metropolitan Manila Development Authority (MMDA), the Land Transportation Franchising & Regulatory Board (LTFRB), the Light Rail Transit Authority (LRTA), and the Metro Rail Transit Corporation (MRTC).
As a result, it will now be possible to find out what a commuter’s options are to get from one point to another in Metro Manila, what types of transportation and how many transfers will be involved, and how much money and time each option will require.
“Our next step is to make the PTIS accessible to the public.  The intention has always been to use modern technology in empowering people to make well-informed decisions on their commute,” added Sagcal.
The two (2)-year data gathering and analysis effort was made possible by a grant from the World Bank, which also funded a similar project of the Cebu City Government to make its traffic management efforts more advanced.
The DOTC, MMDA, and the Cebu City Government will be hosting a three month-long competition called the Philippine Transit App Challenge along with other government agencies beginning this month, where individuals and groups mainly from the Information Technology (IT) industry will compete to develop applications using the PTIS database, which the public may then use to choose their best routes at any given time.
by Eccentric Yet Happy