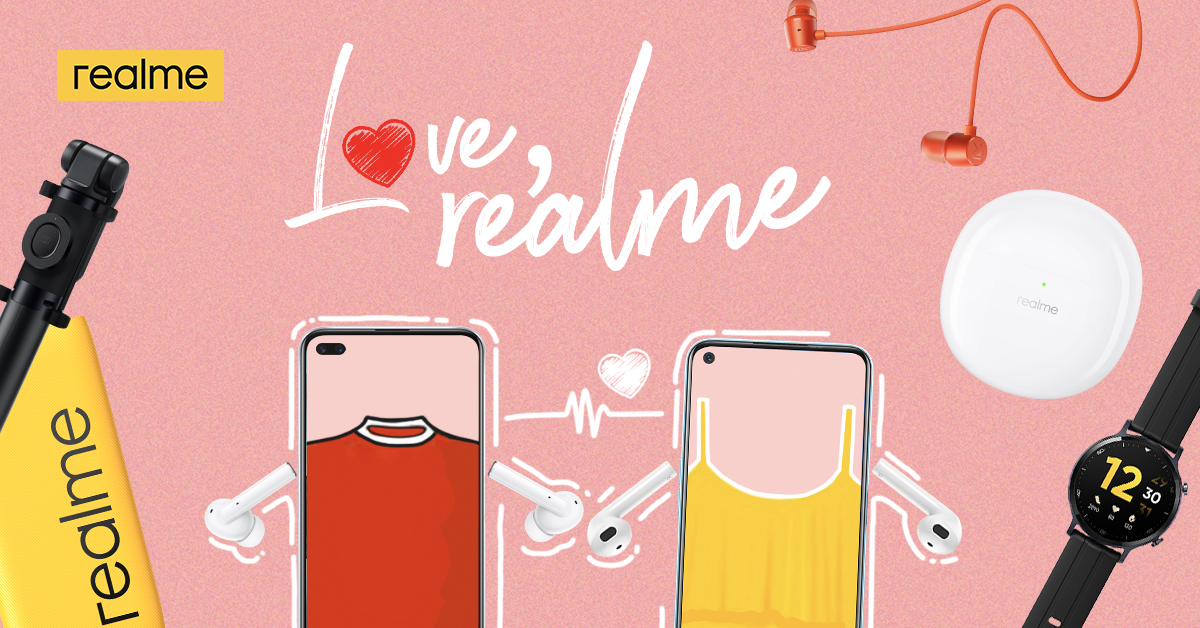 From February 1 to 14, realme Philippines will be running a series of online activities to engage its fans and supporters and give them a chance to win exciting prizes. To make the celebration even much sweeter, realme is also offering a special offline bundle promo for squad members who are on the lookout for the perfect gift for their sweethearts or themselves this Valentine’s Day.

“February is a beautiful month to celebrate love with our Filipino squad and fans. Besides celebrating Valentine’s Day in February, it is also the month of self-love and appreciation. The love, realme campaign is our way to spread these important messages to every Filipino, especially to the youth. With this, we are launching a series of activities and special promos to show our love and appreciation to every Filipino and give back to the support they have given to the brand,” shares VP for Marketing Austine Huang.

Love comes in a bundle with realme’s in-store promo

If you’re on the hunt for a great last-minute Valentine’s Day gift for your tech-savvy sweetheart, realme Philippines has got you covered! The brand is offering a special Valentine’s Day bundle promo from February 13 to 14 in 50 participating realme stores nationwide.

As an additional treat, realme fans and supporters may have a chance to win more prizes from the leading smartphone brand for every Php10,000 worth of in-store purchase of realme products.

realme fans and squad who enjoy creating video content may join realme’s Valentine’s Day video challenge on TikTok. realme Philippines will be uploading 4 videos on its official TikTok page starting February 3 until February 14, which the realme squad could duet for their own entry into the competition. The wittiest and most creative TikTok videos will win a realme Buds Q and a romantic dinner date for two from realme Philippines.

Also, from February 1 to 12, realme fans may join realme’s pickup line contest on its official Facebook page. The contest is open for all realme squad members aged 18 years old and above.

On a dedicated post of realme Philippines on Facebook, fans can participate in the contest by dropping their wittiest pickup lines in the comment section together with a photo of their loved one. The 3 most liked pickup lines will win an all-expense paid dinner for two on Valentine’s Day plus Php 5,000 worth of realme products. Winners will be announced on February 12, 6:00 pm via Facebook post on realme’s official Facebook page.

To stay updated and know more about the love, realme Valentine’s campaign of the leading smartphone brand, readers may visit realme’s official Facebook and Instagram accounts.