Mar 14, 2012
DIMITRI Productions opens the summer season with a bang as it assembles six of the most iconic Filipino artists of the 80s with the much awaited and highly-anticipated, one-night-only run of 2011’s “80289: 80s Music To The Max” at Music Museum on March 24 (Saturday, 8 p.m.).
This special run of “80289: 80s Music To The Max” is for the benefit of San Lorenzo Ruiz Scholarship Charity’s Feeding and Scholarship Programs. With musical direction by Toto Gentica and Franco Laurel as its host, the show features Lou Bonnevie, Gino Padilla, Jamie Rivera, Chad Borja, Juan Miguel Salvador, and Jaya with celebrity guest-friends as they pay tribute and chronicle the greatest musical moments of the 1980s. 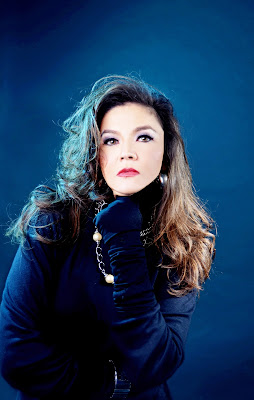 The well received and critically acclaimed musical extravaganza will again feature a full band with 3 lovely backup singers, who call themselves Filipinas and an array of talented dancers and actors as it documents the definitive images and sounds of the 80s. The show will feature the era’s greatest hits both locally and internationally, a montage of its most memorable movies, the most romantic and thrilling duets, the famed 80s Punk and New Wave genres, the 80s New Romantic Set, the greatest girl groups, as well as songs of the greatest 80s icons among many others. This ultimate 80s musical event culminates with a grand party as powered by the most danceable tunes of the decade!
“80289” is supported by San Miguel Corporation, PLDT-SMART Foundation, We Shoot We Design, Gerry’s Grill, North Park , Crossover 105.1 ,Radio High 105.9, and Senor Paquito.
Tickets are available at Music Museum (721-6726) and at “80289” Hotline (0927-9423692). For more info, call 8976991 or email dimitriproductions@gmail.com.
by Eccentric Yet Happy