Mar 17, 2013
In previous interviews, former Rivermaya frontman Jason Fernandez admitted being abandoned by his Cypriot father at a young age. In fact, after his stint in the band, he flew to Cyprus to meet his father. 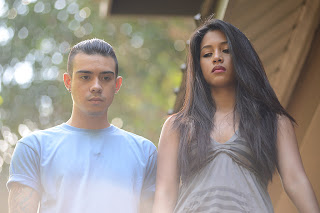 This Holy Week, Jason was tapped by CBN Asia to be one of the lead stars of their Good Friday presentation – Tanikala presents Ama Namin, which also stars Mike Tan, Diva Montalba, and Tricia Amper. It will air this March 29, 5 p.m., on GMA 7.

Jason can very well relate to his role Arthur, an artist whose father had to leave him to work abroad when he was very young.

“The role is something very close to home,” adds Jason. “I hope people will be blessed, and inspired with this special Lenten Presentation.”

The episode talks about the lives of three friends whose lives were greatly affected by their respective relationships with their fathers.