Last May 31, the Philippines Legislators’ Committee on Population and Development (PLCPD), with the support from UNAIDS launched YES2Test which urges citizens to voluntary HIV testing through a bloggers’ forum. It was held at Burgoo in The Podium, Ortigas Center. 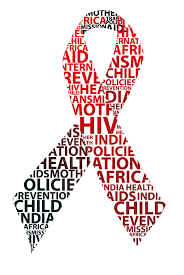 The said advocacy is in accordance of the 30th International AIDS Candlelight Memorial.

While the March 2013 AIDS Registry shows that there are 12,791 cumulative HIV positive individuals since 1984, UNAIDS projects a total of 28,072 actual cases in the Philippines. “Such discrepancy in figures is due to the wariness of the citizenry to have themselves tested of the virus. Since stigma and discrimination to Person Living with HIV (PLHIV) is too rampant, people don’t want to be tested. Worse, fifty percent of those who take the test do not go back for the results,” Ms. Teresita Marie Bagasao, UNAIDS Country Coordinator, said.

“With Yes2Test, PLCPD wishes to encourage people to have themselves tested of HIV. We are bringing this concern into the 16th Congress and as part of our mandate, we shall also urge our lawmakers to work on bills that would help prevent the spread of HIV and AIDS,” said PLCPD executive Director Rom Dongeto.

Among those present in the said forum are members of Bloggers for a Cause, Blogwatch and representatives from Kabataan Partylist. Sex columnist and public health journalist Ana Santos hosts the event.