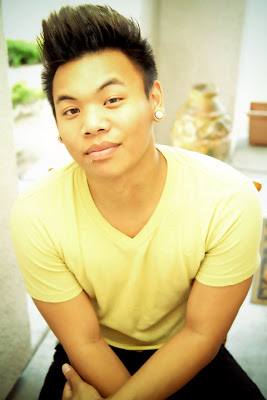 AJ RAFAEL kicks off his Red Roses Tour in Southeast Asia produced by Monsoon Productions. The tour kicks off on January 13 and will be visiting Indonesia, Malaysia, Singapore and the Philippines. The tour includes the AJ Rafael Band consisting of AJ Rafael, Noah Bartfield, Danny Morledge, Andrew Rhim, and guest artists Krissy and Ericka Villongco from the Philippines. The second leg of the tour, produced by Nojon Entertainment happens in Australia visiting Sydney, Melbourne and Brisbane.

AJ Rafael, is a 22-year old music artist from Moreno Valley, California. AJ has garnered a worldwide audience with his original music, videos on YouTube.com, and live performances in the US, Canada, Australia, Europe and the Philippines. With over 350,000 subscribers on YouTube, 200,000 fans on Facebook, and 90,000 followers on Twitter, AJ Rafael’s fan base grows steadily worldwide. The Red Roses tour hopes to reach AJ Rafael’s fan base demand in Southeast Asia and return to one of his second homes, Australia. AJ was also included in the short-list of the Grammys last year for its non-traditional/on-line category.

It should be noted that one of AJ’s major musical influences is Gary Valenciano whom he recently performed with live on ASAP 2012 when he was formally introduced to the mainstream Filipino music-loving market. AJ also took notice of Gabriel Valenciano’s and Kiana Valenciano’s cover version of Chris Brown’s “Yeah Yeah Yeah.” AJ saw their performance on YouTube and liked it and corresponded with Kiana via Twitter. Today, AJ finished collaborating with Kiana as they recorded a song with Gab as the producer.

Alongside the tour and through a partnership with PhilDev, AJ has adopted the CRIBS Foundation, a welfare institution committed to the care and recovery of abandoned and abused children in the Philippines. Proceeds from red roses at the Manila concert will go to CRIBS. AJ, during his trip is exploring additional ways to give back to the Philippines. AJ and his team are in discussions with the Ninoy and Cory Aquino Foundation on how to partner for future advocacy and campaigns.

“We are excited to have AJ Rafael perform for the first time for his fans in the Philippines, Southeast Asia and return once again to Australia, where they have been long time supporters of AJ. We are grateful for the opportunity to bring AJ’s music here. More importantly we are fortunate to have great partners to help us introduce non-profit organizations who need assistance in the Philippines. This first visit marks beginnings and new opportunities for many,” says Christina Luna, AJ Rafael’s manager.

AJ’s show in Manila happens at the Music Museum on Jan. 18.