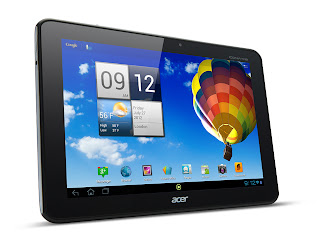 Acer Philippines recently announced the arrival of the new Acer Iconia Tab A510 Olympic Games Edition, bringing to its customers the ultimate mobile device for pushing boundaries and exploring beyond limits.

The exclusive 10.1-inch Android tablet features a marathon battery life of up to 18 hours, the unprecedented performance of the NVIDIA Tegra 3 quad-core mobile super processor, a winning suite of productivity apps and technologies, and the refined, evolved interface of the Android 4.0 (Ice Cream Sandwich) platform. It also carries the signature innovation of tech pioneer Acer, as well as the spirit of the world’s greatest sporting event: the Olympic Games.

Acer, a Worldwide Partner of the Olympic Movement and an official supporter of the 2012 Olympic Games in London, designed the special-edition A510 for champions: those ready and set to become the best they can be—at work, play, and everything in between. 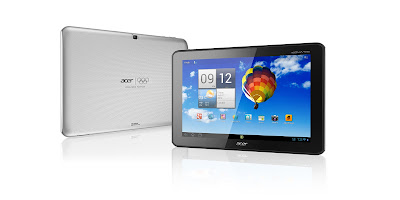 Only 0.4 inches thin, the slim and lightweight Acer Iconia Tab A510 Olympic Games Edition does not need extra bulk to set the benchmark for endurance. Its Ultra 36.2 Wh battery, which is 50 percent bigger than that of other 10.1-inch Android tablets, is seamlessly integrated into the tablet’s lean, power-packed design. Thanks to this battery, the Acer Iconia Tab A510 is able to effortlessly provide up to 15 hours of video playback, 12 hours of Wi-Fi video streaming, and 8.8 hours of Wi-Fi browsing.

If this Olympic-edition Iconia Tab’s hardware is well-equipped to handle heavyweight apps and tasks, so is its software. The Android Ice Cream Sandwich operating system introduces feature enhancements—such as a new voice-activated search and input engine, one-touch access to visual thumbnails, improved 3D rendering, and a beautiful, simplified home screen—that revolutionize the tablet experience. And, just like in every beloved Android-powered device, hundreds of thousands of apps are available for instant download at the Google Play store.

Meanwhile, a complete suite of productivity apps transforms the Acer Iconia Tab A510 into a mobile business powerhouse. The easy-to-use Polar Office 3.5, which is compatible with Microsoft Office, enables the viewing and editing of documents for on-the-go access to critical data. The Acer Print app, meanwhile, features cutting-edge wireless printing technology supporting a wide variety of files, printing formats, and printers. Evernote, the critically acclaimed app for capturing and remembering everything, is also pre-installed on every Olympic-edition A510.

Available in 16 GB and 32 GB models, with room for an extra 32 GB of SD storage, the Acer Iconia Tab A510 Olympic Games Edition boasts of vital data management features. These include a Micro-USB 2.0 port, a Micro-HDMI port (supporting VGA to HDMI connection for on-the-spot presentations), the DLNA-standard Acer clear.fi wireless multimedia sharing solution, and a signature UI control app called Acer Ring, which opens up a series of key settings, bookmarks, and contextual menu options with a single screen grab.

In packing all these, the Acer Iconia Tab A510 Olympic Games Edition delivers on its promise of being the ultimate mobile device for champions. The special iteration of Acer’s state-of-the-art Android tablet stays true to its Olympic theme, demonstrating once and for all that there are no limits to what its users can achieve.